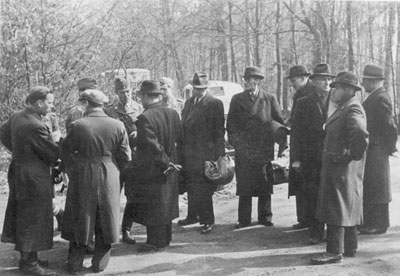 For over 300 years, Swiss bankers have had a code of secrecy regarding banking and their account holders. It began with the kings of France who required strict secrecy, had high financial needs and had the ability to always pay back their loans.

Legislation about banking secrecy also dates back to this period. The Great Council of Geneva, in 1713, established regulations that required bankers to keep registers of their clients but prohibited them from sharing the information with anyone except the client-unless the City Council agreed with the need to divulge information.

This began Switzerland's long reputation as a safe haven for funds for noblemen fleeing the Revolution and others seeking financial asylum. Bank secrecy was regulated solely by civil law, enabling clients to lodge complaints for damages against any bank that didn't maintain confidentiality. However, no criminal charges could be placed so there was no threat of imprisonment for the banker who divulged information.

Until the turn of the century, provisions of the Swiss civil code and labor code provided a legal framework that supported bank secrecy. In order to survive twentieth-century financial upheavals such as the stock market crash of 1929 and subsequent depression, achieving legal recognition for bank secrecy was the only way the Swiss government could maintain its beliefs and refusal to interfere in the private affairs of its citizens. Switzerland's Banking Act of 1934 accomplished this goal. The law was enacted in large part because both Germany and France attempted to press Swiss banks into divulging depositor information in the name of the "good of the state." This federal law clearly stated that bank secrecy fell within the criminal domain, meaning any banker who divulged bank client information was punishable by imprisonment.

One issue of the time that reinforced the passage of this law came during the era of Hitler when a German law stated that any German with foreign capital was to be punished by death. Swiss banks were watched closely by the German Gestapo. It was after Germans began being put to death for holding Swiss accounts that the Swiss government was even more convinced of the need for bank secrecy.

In 1984, the people of Switzerland once again voted in favor of maintaining bank secrecy -- by a whopping 73 percent.

Many European Jews deposited their life savings in Swiss banks when WWII broke out during the 1930s and 1940s. And, after the war many were not allowed to recover their assets because their documentation was gone.

Swiss banks have come under fire in recent years because of their actions towards Jewish account holders after World War II and also because money that German Nazis plundered from defeated countries and their prisoners was held in Swiss banks. Christoph Meili, a former bank security guard, exposed the bank he worked for, saying that they destroyed records of people murdered in the Holocaust so that their money would not be returned to their heirs.

According to a report by Stuart Eizenstat on Nazi theft of Jewish assets, during WWII "between January 1939 and June 30, 1945, Germany transferred gold worth around $400 million ($3.9 billion in today's values) to the Swiss National Bank in Bern." It is believed that much of this gold was stolen from Jews and sent to Switzerland to be melted down and used to finance the war. According to Eizenstat, "Although there is no evidence that Switzerland or other neutral countries knowingly accepted victim gold ... at least a small portion of the gold that entered Switzerland and Italy included non-monetary gold from individual citizens in occupied countries and from concentration camp victims or others killed before they even reached the camps." This gold was deliberately mixed with other gold when re-smelted. It's assumed that the Swiss feared possible invasion from neighboring Germany.

After the war, to ensure that there could be no Nazi return to power, the Allies held or disposed of German external assets to prevent their return to German ownership or control. A plan was also made to take care of Nazi victims who needed aid. The Paris Agreement of 1946 provided that non-monetary gold recovered by the Allies in Germany and an additional $25 million from the proceeds of liquidating German assets in neutral countries would be transferred to the Intergovernmental Committee on Refugees.

The 1946 Allied-Swiss Washington Accord was held by the United States, United Kingdom and France. Switzerland was invited to discuss issues as a result of the Paris agreement. Under the Washington Agreement, Swiss negotiators agreed to transfer approximately 250 million Swiss francs ($58.1 million) of gold into the Tripartite Gold Commission's (TGC) monetary gold pool. In return, according to Eizenstat, the United States, United Kingdom and French governments agreed to "waive in their name and of their banks of issue all claims against the government of Switzerland and the Swiss National Bank in connection with gold acquired from Germany by Switzerland."

The problem of dormant accounts and heirless assets was not directly addressed in the Washington Agreement. The head of the Swiss delegation did state, however, that his Government would "examine sympathetically" possibilities for making available for "relief and rehabilitation" proceeds of property found in Switzerland which belonged to (Nazi) victims . . . who have died without heirs." Although no action was taken until 1962 when a Swiss Federal Decree required banks, law offices, trustees and others to comb through records to discover dormant accounts belonging to foreign or stateless persons who were deemed victims of racist, religious or political persecution. As a result, a total of nearly 9.5 million Swiss francs (an approximate 1962 value of $2.4 million) was reported and about three-fourths was transferred to the rightful heirs. Of the remaining heirless assets, two-thirds were given to the Swiss Federation of Jewish communities and one-third to the Swiss Central Agency for Refugee Assistance.

The current investigation by the Swiss Bankers Association, begun in 1995, is the most recent attempt to find remaining dormant accounts and heirless assets. The investigations turned up approximately $32 million in 775 additional dormant accounts opened prior to 1945, though not all were of European origin.

An ad hoc task force known as the Historical Commission was established by the Swiss to determine what happened to assets transferred to Switzerland as a result of the Nazi regime. During this study, bank secrecy laws will be waived for a period of five years so the Commission can conduct a thorough study. The Swiss have indicated a three-to-five-year time frame for this study with the release of interim reports that will be submitted to Parliament. This will help resolve whether dormant accounts were used to satisfy Swiss business claims against central and eastern European countries which nationalized that property during the Communist era.