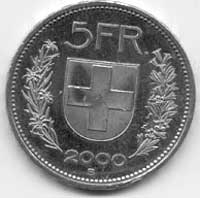 Your relationship with your Swiss bank can be compared to doctor/patient confidentiality or the private information you might share with an attorney. Swiss law forbids bankers to disclose the existence of your account or any other information about it without your consent (except for certain circumstances, which we'll discuss later). Where the similarity ends is when that privacy is violated. Whereas in the United States, if your doctor or attorney violates your confidence you must begin legal action; in Switzerland, if a banker divulges information about a bank account without permission, immediate prosecution is begun by the Swiss public attorney. Bankers face up to six months in prison and a fine of up to 50,000 Swiss francs. And, you have the option of suing the bank for damages. Needless to say, Swiss banks are very careful about protecting your privacy.

The only exceptions to the Swiss banking privacy rule are criminal activities such as drug trafficking, insider trading or organized crime, which we'll talk more about later.

So privacy is a big deal if you have money you don't want other people to know about, and unless you're a criminal it's highly unlikely anyone can ever find out about your account. For example, doctors who might be sued for malpractice might have money in a Swiss account to prevent them being totally wiped out in the event of lawsuit. Unethical, yes, but it happens. Really, anyone can have assets that they want to protect from attack. Sometimes, though, privacy isn't the main reason people want a Swiss bank account. Switzerland has had an extremely stable economy and infrastructure for many years and hasn't been at war with another country since 1505. Swiss bankers are also highly trained in investing and know how to grow your money.

Increasing your wealth means little if your money isn't protected. So, how safe is your money in a Swiss bank? Depositor protection in Switzerland is governed by the Swiss Bankers Association's (SBA) self-regulatory Depositor Protection Agreement and, since July 1, 2004, was also codified into the Swiss Banking Act with a few additional requirements that significantly strengthened depositor protection in Switzerland [Source: SwissBanking.org]. The revised Depositors' Protection Agreement covers all deposits and is also applicable to non-bank securities dealers. Protecting depositors is vital in maintaining public confidence in the Swiss banking system and, in order to strengthen this confidence, the SBA had drawn up a self-regulatory Depositor Protection Agreement with its member banks in 1984. This agreement guarantees that, in the event of a bank failure, depositors will rapidly receive their legally privileged claims. As an additional safety measure, Swiss law demands high capital adequacy. Swiss banks can therefore certainly be counted amongst the safest in the world.

In fact, the Swiss franc is considered one of the world's premier currencies with virtually zero inflation and has been historically backed by at least 40 percent gold reserves. Swiss banks are also known to have very sophisticated investment services and Internet banking.

Walk into the wrong Swiss bank and you'll be quickly escorted out and pointed in the direction of the bank you "should" be entering. What just happened? You've just walked into a "private" bank rather than a "retail" bank. Private banking refers to services provided by banks to private individuals with exceptionally large assets to work with. It's called "private" because customers receive a much more personal level of service than in mass-market retail banking. This historically exclusive service has been reserved for those with liquid assets over $1 million, although accepted deposits as low as $50,000 are not unheard of these days. The services you will receive at a private bank focus on private counseling in aspects of wealth management including investments, tax concerns, and estate planning. Many private banks require a special invitation or referral by current customers.

Retail banking, on the other hand, is your traditional mass-market banking system offering checking, savings, personal loans, mortgages and other types of accounts for individuals. While many retail banks also offer investment services, they're not on the level of those offered by private banks. When banking with a retail bank, customers work with local branches of larger commercial banks.