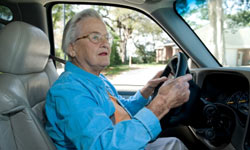 Something as natural as growing older can cause your insurance rates to rise. See more car safety pictures.
©iStockphoto.com/KLH49

If life were a boxing match, a car accident would be a one-two punch. The collision, of course, is the first part. Once you've made sure everyone's OK and taken care of all of the insurance details, you probably just want to put it all behind you. And that's when the second blow hits you: In addition to being on the hook for the necessary vehicle repairs, your car insurance premium is now going to rise.

Most consumers are aware that certain things will cause their auto insurance rates to take a hike -- causing an accident, getting a speeding ticket or two, and adding a young, male driver to the household are just a few of the more obvious examples. But there are times when opening your insurance bill and seeing a new, higher premium staring back may surprise you. You drive cautiously, have never been in even a minor fender-bender and have no teens at home. What gives?

There are actually quite a lot of reasons why your car insurance rates may rise. But your agent may have neglected to inform you of these reasons when you first signed up, or you may have forgotten them over the years. The next few pages discuss five not-so-common reasons for rate hikes, and what you can do to prevent them. If, unfortunately, they're unavoidable, at least you'll know they're coming.

It can be bad enough on your psyche to turn 50, but your insurance company may make you feel more like you're 80 when your rates rise, because now you're considered an "older" driver who's more prone to accidents [source: Casey]. Not every insurer raises rates for those age 50 and older, but it's certainly not an uncommon practice. Which is interesting, because according to stats from the National Highway Traffic Safety Administration, the safest drivers are between 64 and 69 years old [source: Woodyard]. Of course, there's a little more to it than that. While older Americans in general are very safe drivers -- they tend to wear their seatbelts, for example, and typically don't drink and drive or text and drive -- those in the 85-plus age group have more crashes per mile driven than any other age group [source: NHTSA]. Bottom line: if you're over 50, it may cost you.

You Have a Low or Poor Credit Rating 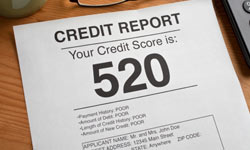 There's no solid link between credit scores and timely bill payments, but that may not stop an insurer from holding a low score against you.
©iStockphoto.com/KLH49

Most car insurers consider those with poor credit ratings to be higher risk, and raise rates accordingly. Why? If your credit rating isn't great, you've probably missed a few credit card or mortgage payments, or perhaps written some bad checks. That means you're a less reliable insurance customer, as you may neglect to pay them at some point [source: Roberts-Grey].

However, the practice of looking at credit ratings to determine insurance premiums is a bit controversial. There's not a rock-solid link between credit scores and timely bill payments [source: Dykman]. Plus, insurance companies often neglect to inform their customers that credit ratings are a factor in setting their premium rates. If this is a concern for you, ask your agent whether the company looks at credit scores. If they do -- or if the agent hedges -- go elsewhere.

If you stop to think about it, this one makes sense. The more miles you drive each year, the more likely you are to get into an accident. So that great new job you're all excited about -- the one that's an hour from home -- may mean a steeper car insurance bill, since your insurance company is now at greater risk with you logging more miles on the road. There's no magic number of additional miles driven at which all insurers raise rates, so ask your company what its specific rules are in this regard if it's a concern [source: My Car Insurance Rates]. Remember, too, that if you suddenly start driving fewer miles, you may be able to lower your rates.

Your Friend Wrecks Your Car 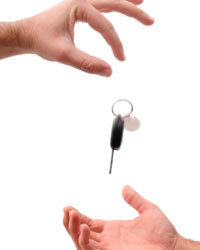 You might want to think twice before lending a friend your car.
©iStockphoto.com/alessen

We know, we know -- you weren't behind the wheel! So how can your insurer penalize you for someone else's bad driving? Well, the truth is, your insurer's got nothing on you if your buddy steps up and pays for repairs himself. But if this pal of yours can't or won't pay, you'll have to file a claim with your insurance company. And once you file that claim, your rates will likely rise. Unfair, sure, but that's how the system works.

There is one silver lining. If you didn't give your friend permission to take your wheels in the first place, there's a good chance you won't be held liable for the damage. However, if the accident involved another vehicle, your car-nabbing buddy is uninsured and the resulting damage exceeds your policy limits, the owner of the other vehicle can approach you for medical expenses and any property damage [source: MSN Money]. The moral of the story: Choose your friends wisely. And, as Shakespeare wrote, neither a borrower nor a lender be.

Married people seem to have all the luck. Statistically, they live longer. Plus, studies show married people (and, incidentally, anyone with a solid credit rating) are much less likely to get into accidents or incur other driving violations than their single counterparts [source: J.D. Chapman Agency, Inc.]. Furthermore, if a married person does get into an accident, it's likely to be less costly than one a single person would be involved in. Not surprisingly, some insurance companies react to these statistics by hiking the rates of their single clientele, regardless of their driving history [source: J.D. Chapman Agency, Inc.]. Who's coming out on top in terms of insurers' risk assessments? Well, the lowest risk group, it seems, is comprised of married, middle-aged women who don't smoke [source: All Insurance Info].

I just can't catch a break with this insurance stuff! After researching a few other insurance articles over the past few weeks, I realized it was time to drop the collision and comprehensive coverage we were carrying on two older vehicles. Score -- more money! But during my research for this piece, I learned insurers raise rates on drivers once they hit 50. Guess who just turned 50? I can't win. I just can't win.