There is no single international database for unclaimed money, but many individual countries have searchable Web sites to locate forgotten loot. Ingram Publishing/Thinkstock

Money is the real international language (love can get lost in translation). If you or a loved one has opened a bank account in another country, or bought insurance policies or securities abroad, there's a chance that your money is collecting dust in some unclaimed foreign account.

There is no single international database for unclaimed money, but many individual countries have searchable Web sites to locate forgotten loot. Here is a sampling from English-speaking countries:

If you think there is a lot of money waiting in an unclaimed foreign account, it may be worthwhile to hire a private investigator or "tracer" who specializes in recovering funds from foreign banks. Be wary, however, of locator companies that contact you claiming to have found lost money and asking for a percentage cut of the cash [source: Sullivan]. Read over all contracts carefully, or even better, have your lawyer do it.

For more lists that can get you rich, check out the related HowStuffWorks links below.

Thank goodness for my wife. If left to my own devices, my finances would be in shambles. The woman hates being the family budget master (mistress? goddess?), but she knows better than to trust our family's financial recording keeping to the guy who can't remember the name of our bank. My dad occupied this role for an embarrassingly long time, well into my early professional career. He was the one who would remind me to roll over a 401(k) when I left a job, and convince me to sign up for automatic transfers from my checking account into a savings account. Now my wife is the unfortunate soul who has to nag me to document my business expenses and dig crumpled receipts out of my pockets. When each month draws to a close and I see her hunched over our overspent budget — shoulders tensed in deep frustration — I do my best to show my undying appreciation and affection for her difficult task. Tender caresses are usually useless, but brownies are surprisingly effective. 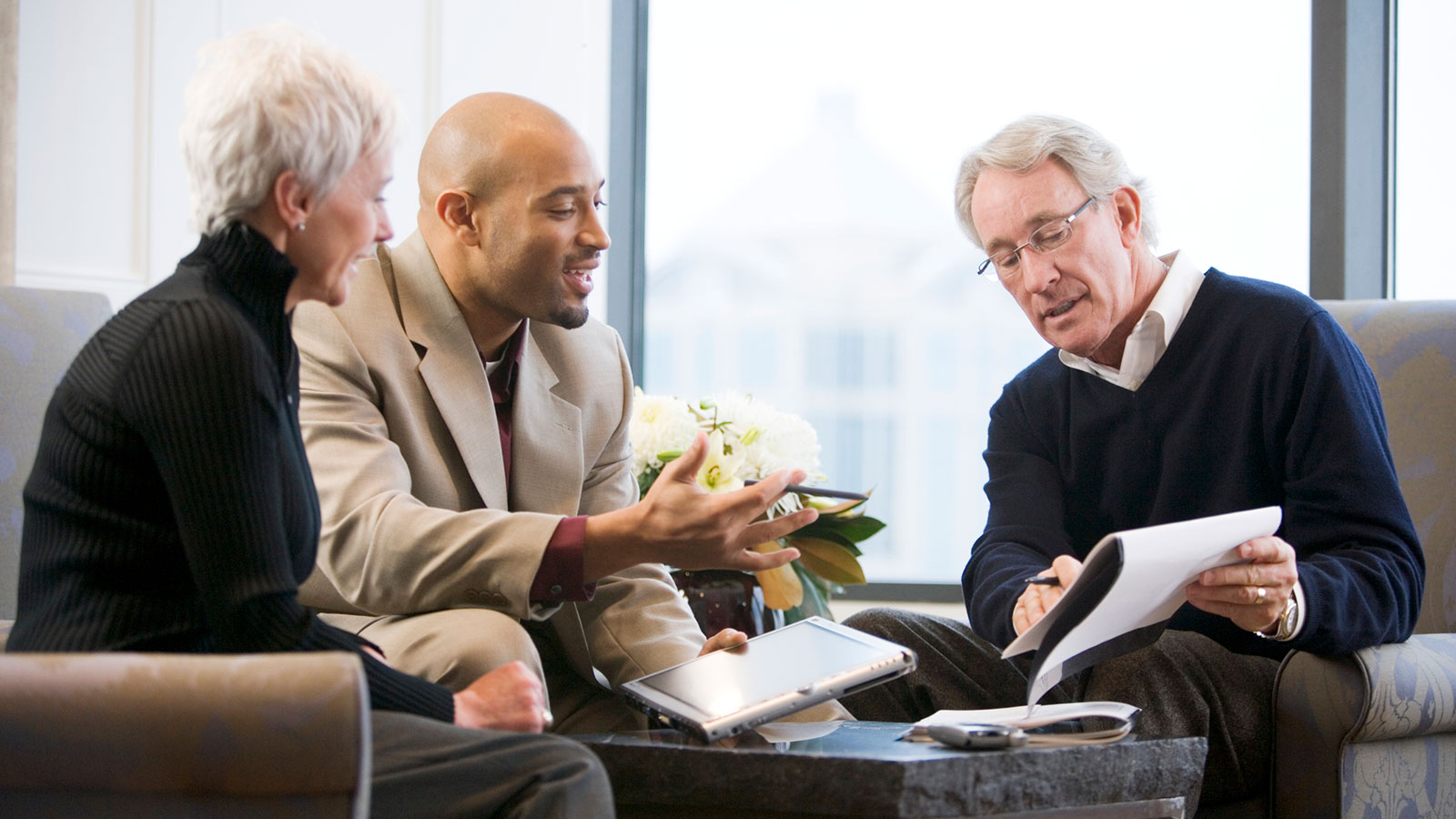 What Is a Fiduciary Financial Adviser?

We've got four questions that smart investors need to ask a financial adviser before putting him or her in charge of their investments.