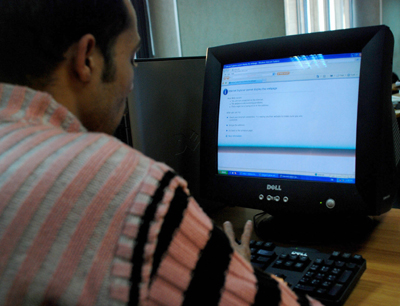 Information technology services are one of the frequently outsourced areas.
Amro Maraghi/AFP/Getty Images

As anyone who works with computers knows, having a good support person on hand is a valuable asset. Companies also are turning to outsourcing for their information technology service needs.

Information Technology, or IT, involves creating and supporting computer-based information systems, including networking, software and hardware. The field is in high demand as more businesses come to rely heavily on IT systems.

The demand for outsourcing IT services is growing worldwide. CNET News in 2005 reported that the global market for IT outsourcing topped $84 billion in 2004 and predicted it would grow by about 6 percent each year through 2010. The U.S. market, placed at $33.8 million in 2004, would grow at 4.2 percent during that time.

The research firm, Gartner, predicted India's domestic IT services market would reach almost $11 billion by 2011. Such growth prompted industry giant IBM to announce in February 2008 that it would open a new IT services center in India by mid-year. Reuters reported that the center would employ about 3,000.

The growing demand for outsourcing IT services stems from the costs companies incur by keeping such functions in-house.

There are many advantages to outsourcing IT services. By shopping around, a company often can find a good match for the exact services it needs. It's often cheaper than keeping the function in-house, both in terms of staffing, training and lost time. The cost savings also allows companies to concentrate on competing in their core business arena.

However, there are some disadvantages. Outsourcing IT services doesn't always bring the instant 30 percent savings many studies cite, especially among smaller companies where economies of scale are not present.

Also, entering into an agreement with a poor quality company might trap the hiring company into a cycle of dependence from which it's difficult to escape. The cost of extricating itself from such an agreement may be substantial in terms of lost time and employee morale. Some business may lose some control over this area and communicating with an organization outside your own can be a hassle. And in the end, some IT services vendors may simply oversell their true capabilities.