Why are businesses investing in online project management? 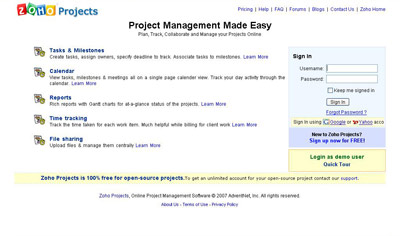 While most online project management systems include these and other functions, no two are exactly alike. Some systems are geared more for industry-specific applications, such as construction. Others are more general. It's important to research systems before investing in one.