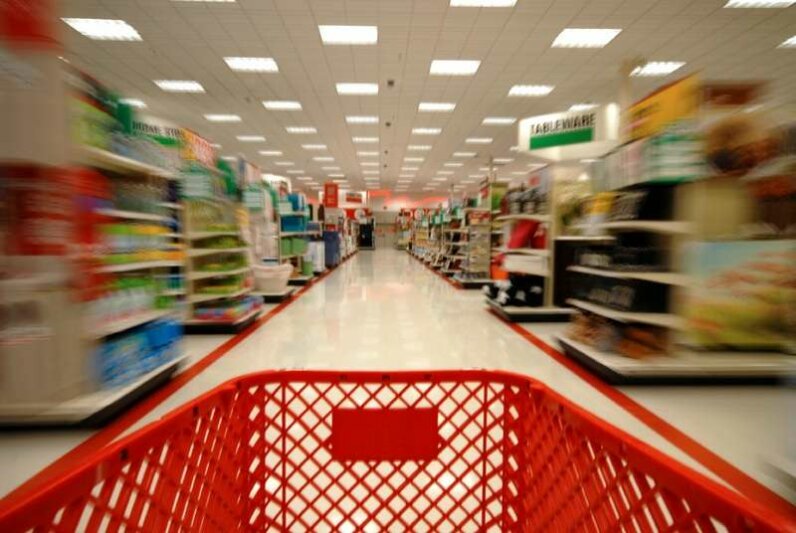 If you're standing in the middle of a big retailer such as Wal-Mart, and you look around, you're witnessing one of history's greatest logistical triumphs. Retailers such as Target, Lowe's and Best Buy stock tens of thousands of items from all over the world. Wal-Mart alone stocks items made in more than 70 countries, according to its corporate Web site. At any given time, the Arkansas-based retailer manages an average of $32 billion in inventory, reports Supply Chain Digest.

With those kinds of numbers, having an effective, efficient inventory control system, or inventory management system, is imperative. Wal-Mart's system helps it maintain its signature "everyday low prices" by telling store managers which products are selling and which are taking up shelf and warehouse space.

Inventory management systems are the rule for such enterprises, but smaller businesses and vendors use them, too. The systems ensure customers always have enough of what they want and balance that goal against a retailer's financial need to maintain as little stock as possible. Mismanaged inventory means disappointed customers, too much cash tied up in warehouses and slower sales. Factors such as quicker production cycles, a proliferation of products, multi-national production contracts and the nature of the big-box store make them a necessity.

Modern inventory management systems must have the ability to track sales and available inventory, communicate with suppliers in near real-time and receive and incorporate other data, such as seasonal demand. They also must be flexible, allowing for a merchant's intuition. And, they must tell a storeowner when it's time to reorder and how much to purchase. 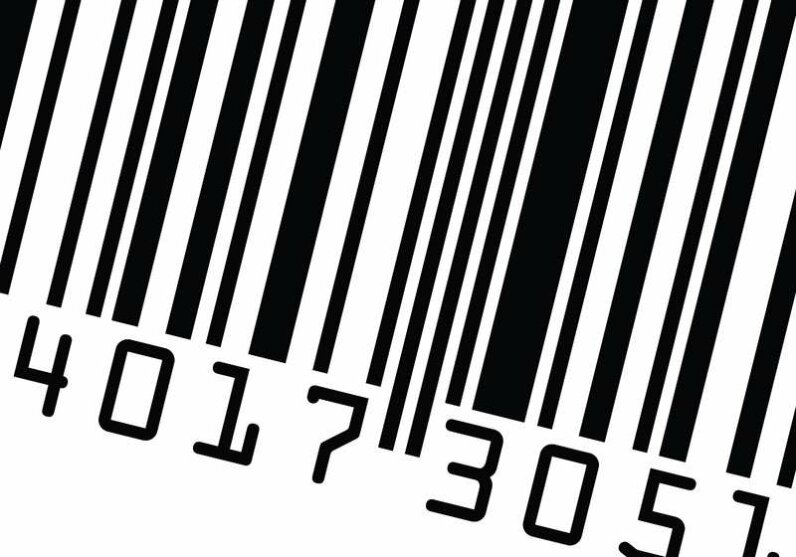 In the earliest days of shop keeping, merchants wrote down purchases, or they looked at how many units were gone at the day's end and then did their best to forecast future needs. Experience and intuition were key skills, but it remained an inexact method, even when applied to operations that were quite small by today's standards.

After the Industrial Revolution, efficiency and mass production became the main goals of businesses, along with an improved customer experience at the point of sale. A team at Harvard University designed the first modern check-out system in the early 1930s. It used punch cards that corresponded with catalog items. A computer would read the punch cards and pass the information to the storeroom, which would then bring the item up front to the waiting customer. Because of the automated system, the machines could also generate billing records and manage inventory. The system proved to be too expensive to use, but a version of it is in use today in some stores, where merchants place cards with product information on the aisle for customers to select and bring to the checkout line. This usually applies to items that are expensive or large and to controlled items, such as medicines.

Merchants knew they needed a better system, and researchers created the forerunner of the modern bar-coding system in the late 1940s and early 1950s. It used ultraviolet light-sensitive ink and a reader to mark items for sale. Again, the system was too cumbersome and lacked the computing power needed to make it work. Technology had yet to catch up with their ideas.

The development of affordable laser technology in the 1960s revived the concept. Lasers allowed smaller, faster and cheaper readers or scanners. The modern bar code, or the Universal Product Code (UPC), was born and caught on just before the 1970s. As computing power became better, the power of UPC codes to help track and manage inventory improved exponentially.

During the mid to late 1990s, retailers began implementing modern inventory management systems, made possible in large part by advances in computer and software technology. The systems work in a circular process, from purchase tracking to inventory monitoring to re-ordering and back around again.

In recent years, another promising technology for tracking inventory has also has made its way into stores, warehouses and factories. Radio frequency identification, or RFID, uses a microchip to transmit product information -- such as type, manufacturer and serial number -- to a scanner or other data collection device. It's superior to bar codes in several ways. For instance, a scanner reads the information from an RFID from several yards away, making it ideal for tracking items stacked on high shelves in warehouses. It also can encode more data than a bar code and in some systems tell merchants if an item is out of place in the store, providing excellent anti-theft characteristics.

Another popular means of automated inventory control is vendor-managed inventory. In this arrangement, the vendor is responsible for keeping its products stocked on a store's shelf. The vendor and retailer work closely together and share proprietary information.

This system also has many advantages for vendors. It allows them to ensure their products are properly displayed and available, and it also puts them in close contact with the retailer and its sales data. The feedback the vendor receives can play an important role in its marketing, research and development. 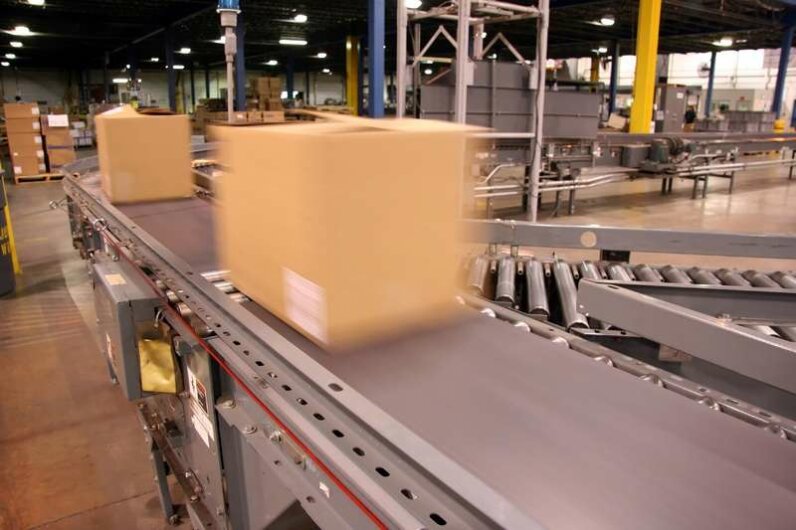 Essentially, the systems work like this. First, bar codes or RFIDs tell scanners which items consumers are buying. The scanners transmit the information to computers by reading the bar codes and sending that information to the software. The software then interprets the numbers from the bar code and matches those numbers to the type of merchandise they represent. This allows the merchant to track sales and inventory -- either at the checkout counter or with a hand-held scanner -- keeping the store abreast of which items are selling.

Specialized software keeps track of how much stock is going out the door via purchases and how much remains on shelves and in the warehouse, giving managers a real-time picture of what's happening. The software also analyzes the data and makes recommendations for re-ordering strategies. Sometimes, they're programmed to automatically order at a certain point. It's important to note, however, that good systems leave room for human decision-making. The systems provide good information to support decisions but leave the final call up to managers.

Once managers make a re-order decision, the system uses electronic data interchange to communicate its needs for additional merchandise to a vendor. Electronic data interchange is the process of sending and receiving data between two parties -- a retailer and a vendor, for example -- using data transmission lines, such as the Internet. The data is stored in a computer's memory bank and read by managers at both ends of the line.

While inventory management systems offer retailers and vendors many advantages, there are some pitfalls. Because the system aims to keep a bare minimum of stock in store, retailers can be caught short if an item unexpectedly becomes a big seller. Retailers traditionally kept additional stock on hand -- known as buffer or safety stock -- to prevent that occurrence, but many have discontinued the practice. And, as with all technology, these types of systems are subject to the effects of a widespread computer crash or software failure.

Some consumer groups have objected to RFID technology, too, claiming it invades their privacy by providing additional information about their buying habits and personal data. They argue the information could be used to push other products on individual consumers, or be sold to other businesses for similar purchases.

The RFID signals can also "step on" or "collide" with each other, making accurate readings difficult.

Most retailers, however, have bought into the vast advantages offered by such systems. They include the high efficiency, the need for less warehouse space, less cash tied up in inventories and better sales. The systems also promote better information sharing between the retailer and the vendor, which helps drive down cost for both, as well as for the consumer.

The benefits of modern inventory management systems aren't just for the retail and manufacturing sectors. They also offer great advantages for any organization that manages a supply chain for consumable items, such as the military and medical facilities.

And it may not be long before such systems penetrate the household. In 2001, the U.S. Patent and Trademark Office issued a patent for a household "consumable item automated replenishment system including an intelligent refrigerator," according to Patent Storm. The refrigerator uses an array of sensors to tell its owner when a consumable item -- such as milk -- is running low.

Everywhere you look inventory management systems are making sure the products are there when we need them.

For more information on inventory management systems and related topics, check out the links on the next page.

10 Pitfalls to Avoid in Your Online Business
Decoding Your Desk: What Does It Say About You?
Introduction to How Business Communication Icebreakers Work