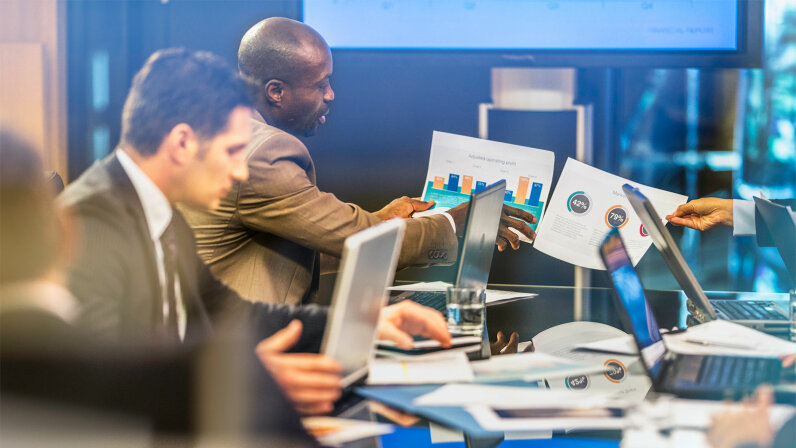 More than half a million people who benefit from the public pension system in New Jersey will be affected by the state's decision in May to halve its investment in hedge funds. The decision came after labor unions pressured the New Jersey State Investment Council to reduce the amount of money that goes to hedge fund managers in management fees.

This is just one example of how hedge funds affect the lives of millions of Americans, even if the average American isn't wealthy enough to invest in one directly. If you have a pension, received an academic scholarship from your university's endowment or are a member of a church, there's a chance hedge funds impact your life.

Over the last 15 years or so, large entities have joined high net worth individuals in investing in these private funds because of their promise of high returns. Hedge funds are known to use aggressive investment strategies to produce returns, irrespective of the direction of the market. In 2015, a survey found that at least 283 U.S. public pension funds were invested in hedge funds.

Critics argue that such entities are not equipped to deal with the losses that are possible with risky investing that is available to hedge funds. Others say that because hedge funds are not highly regulated, they engage in unethical practices or invest in assets that are harmful to the environment or society.

So what exactly is a hedge fund, and what are the risks?

Hedge funds were born on the heels of the Great Depression. Lawmakers sought to reduce risk for Americans who only had small amounts of capital to invest. President Franklin D. Roosevelt signed the Investment Company Act of 1940 to increase regulations on investment companies. The law required companies to, for example, register with the Securities and Exchange Commission, limit the types of investment strategies they used to reduce risk and publicly disclose their activities. It created what we know today as mutual funds — a professionally managed pool of small investments, usually in stocks and bonds.

There was, however, a way for some companies to be exempted from these regulations, says Stephen Brown, emeritus professor of finance at New York University's Stern School of Business.

"To get passage of the bill, Roosevelt had to get support of powerful, wealthy people who didn't want this legislation to affect what they did through family offices," Brown says, referring to offices that look after the wealth of ultra-wealthy families.

Hedge funds are investment companies that qualify for this exemption by meeting just a few criteria. Among them, individual investors must have a minimum net worth of $1 million or make at least $200,000 annually. If they don't meet that criteria but still want to invest, they have to certify that they understand the risks of investing in a hedge fund.

Today, there are nearly 4,000 hedge fund managers based in the U.S. who manage assets worth approximately $2.6 trillion, according to a 2019 report released by Prequin, an advisory firm that collects investment data.

In the beginning, hedge fund investors were primarily high net individuals who could afford to potentially lose large investments. But about a decade ago, state pensions in need of better returns to meet beneficiary payout requirements began allocating more funds to alternative investments, including hedge funds. They expected that with higher risk they would receive higher returns. Soon other organizations followed, such as university endowments. Yale University, for example was an early adopter, says Brown. Nowadays, 64 percent of hedge fund assets are held by institutions (like colleges, foundations and pension funds) rather than individuals.

However, worries about recent hedge fund underperformance, increasing management fees and objectives that don't clearly align with the interests or values of investors have created tension.

A hedge fund differs from a mutual fund in a few ways. First, it doesn't only invest in stocks and bonds. It can also invest in real estate, currencies, art — basically anything is fair game.

Second, hedge fund managers use different strategies to make money in the stock market. They'll either go "long" (buy stock if they think the market will rise) or "short" (which means selling stocks with borrowed money and then buying them back when hopefully the price has fallen). The very name of a "hedge fund" comes from the fact that the managers seek to hedge their risks by using a variety of investments, including investing with borrowed money, aka leverage. However, these very strategies carry a lot more risk than investing in a mutual fund.

Third, while mutual fund investors can sell their stock at any time, hedge funds usually have a "lock up period" when investors cannot sell.

And do hedge funds make more money than mutual funds? It depends. For the year ending 2018, CNBC reported that the biggest hedge fund had an impressive return of 14.6 percent (net of fees); others were closer to 5 percent. One fund even lost 34 percent. However, some top performing mutual funds also posted returns of around 13 percent (net of fees) in 2018. And why do we mention fees? You'll see in the next section.

Why Hedge Fund Managers Are So Wealthy

The top 25 hedge fund managers in the world make the equivalent of what the 500 wealthiest CEOs make combined, says Yan Lu, a finance professor at the University of Central Florida. Over the years, some hedge fund managers have made so much that they are often in the news. Think of George Soros, David Einhorn, John Paulson, or James Simons.

How do they do it?

Most hedge funds make money through a two-part fee structure. The first part is the management fee — this is what professional managers charge for allocating investor's money. Research shows that because hedge funds are allowed to use more diverse and aggressive investment strategies, than say mutual funds, more skill is required to make them successful, Lu says.

"Some of these strategies require managers to have to wake up at midnight and trade," Lu says. "It's the nature of the job — they cannot just do regular 9 to 5." It's not uncommon for hedge fund managers to work 100 hours per week, she added.

That's why managers feel justified in charging high management fees, which on average are 1.5 percent of total assets annually. That may not seem like a lot, but remember hedge funds are dealing with billions of dollars of investment.

The second part of how they make money is the "performance fee." Managers take a cut of the return if it passes a certain threshold, which varies by fund. It provides incentive to managers to perform well. On average, the fee is 20 percent of whatever return is made each year. (By contrast mutual fund managers are paid a percentage whether or not the fund makes money — though the percentage is a lot lower.)

State pension funds, like New Jersey's, are beginning to realize a few things about their investments into hedge funds, according to a 2018 Pew Trusts Report. The first is that management fees add up. Second, high management fees don't guarantee an equally high return, says Brown. Hedge funds were meant for investors who could afford to lose, and public entities with a fiduciary duty to a growing number of retirees don't quite fit that bill.

Another major concern is whether fund managers can respond to increasing scrutiny regarding investments that are environmentally and socially sustainable. Clients are paying more attention to these concerns, but hedge funds are known for casting these concerns aside.

Now That's Interesting
Although many hedge funds are not required to disclose this information, based on available data, studies have found that more than 95 percent of hedge fund managers are male, says Lu. However, data also show that there is no difference in performance between funds managed by men and women.