Has the free enterprise system prevailed? 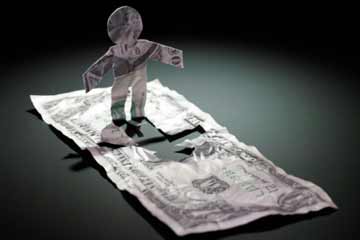 Pure capitalism and pure socialism both work fine on paper. It's when you add real life to the equation that things get messy.
Phil Ashley/Lifesize/Thinkstock

Free enterprise is an economic engine powered by unfettered industry and profit-focused individuals. Basically, it's capitalism. Resources are owned by people -- as opposed to the government -- and the government doesn't interfere with the economy, apart from ensuring overall peace and order in the society.

Ideally, this means that even though the system is ostensibly self-based, because people want to make money, they'll work hard to profit. That means pleasing consumers. So producers get paid, people get stuff they want at a reasonable price, and everybody wins. Except it doesn't usually pan out that perfectly in the real world.

That's because under capitalism, it's possible to amass astronomical fortunes. Just think of the major commercial players of the 19th century. These titans of industry, like steel magnate Andrew Carnegie and oil baron John D. Rockefeller, were able to accumulate amazing amounts of wealth during the Industrial Revolution. When adjusted for inflation, Carnegie did pretty well in terms of dollar figures, raking in a cool $475,000,000. But it was Rockefeller who really blew everybody out of the water in terms of wealth. When he died, he was worth $1.4 billion making him the richest American to date [source: CNN Money]. His fortune was so massive, it amounted to 1/65 of the nation's overall gross domestic product at the time.

Unfortunately, at least part of the reason why barons like Carnegie and Rockefeller were able to become so affluent was because their businesses' bottom lines weren't hampered by things like child labor laws and minimum wage requirements. Factory workers suffered miserably due to unsafe working conditions and incredibly long hours, all while earning extremely low wages. They often lived in polluted factory towns that served up inferior food in short supply.

Next, what happened when regulation cracked down on this abuse?

Needless to say, the masses were not happy with the way things were shaking out under this new system. Sure there were lots of new products and most were pretty affordable, but watching your child hobble around after getting maimed by machinery puts a cheap breadbox into perspective. Reacting to this pressure, industrialists in the United States in particular attempted to calm the market by banning labor unions, setting maximum wages, regulating imports and merging into mega-conglomerates.

That last move sort of backfired on them, however, because competition is the key to thriving capitalism. Plus, laborers organized into unions anyway, and after enduring beatings, imprisonments and shootings, workers were finally able to push for shorter working days and higher wages, along with improved working conditions. The government eventually started stepping in by creating anti-trust and child labor laws.

Many countries took it a great deal farther than the United States. The Scandinavian nations are a good example: They were among the many nations that nationalized industries left and right, and imposed high taxes and instituted several social programs to increase an equal distribution of wealth.

So, in regard to the question of whether the free market system has prevailed, the answer right now is: only partially, at least for the moment. But in the future, who knows? Even as the United States moves toward universal health care, for the economies of Europe, the pendulum is swinging back toward capitalism as many socialist operations have been ramped down or repealed.

After World War I, for instance, the government in Great Britain nationalized industries like coal, electricity and steel, while at the same time instituting a national health care program. But after this led to rampant inflation, an ever-expanding deficit and high unemployment rates, many industries ended up denationalized, labor unions exerted less influence, and the government reduced spending on social programs like health care and education. But how far they and other nations' governments will eventually scale back is anybody's guess.