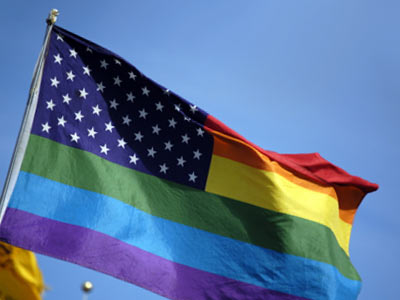 Most Americans have heard of the "sit in" demonstrations during the Civil Rights Movement and Vietnam War protests. But what about the "sip in"?

The "sip in" was a protest staged by the Mattachine Society -- one of the oldest gay rights organizations in the U.S. -- to challenge the State Liquor Authority's (SLA) regulations against serving gay people in New York City bars.

In April 1966, four members of the Mattachine Society entered Julius Bar in the West Village and ordered drinks. When they told the bartender they were homosexuals, he refused to serve them [source: Jackson]. The society then sued the bar and the SLA.

At the time, there was no law on the books prohibiting bars from serving gay people, but the SLA often raided gay establishments, charging patrons with "disorderly conduct" and fining bar owners. As a result, many Manhattan bars posted signs in their windows with phrases like, "If you're gay, go away" [source: Jackson].

No law was overturned as the result of the sip in, but it was followed in later years by pivotal events like the Stonewall Riots in June 1969, when lesbians, transgender women, and drag queens threw bottles and rocks at police who raided Stonewall Inn, a gay bar in Greenwich Village. Thousands gathered in the streets in the following nights. While there had already been other, smaller riots and protests in other cities, this was the first major gay protest to become national news, and it's the reason June is Gay Pride month [source: Carter].

Since then, hundreds of gay rights organizations have sprung up to win the right not only to drink in peace, but to work, go to school, get housing, have children, serve in the military and receive medical care without fear of discrimination or violence.

Read on to find out what strides gay marriage rights organizations have made.

Same-sex Marriage and Beyond

The passage of same-sex marriage legislation has followed decades of activism and legal work. We'll walk through some of the U.S. milestones as an example. In the United States, the process began in 1978, when Gay & Lesbian Advocates & Defenders (GLAD) began filing lawsuits to end discrimination based on sexual orientation throughout the New England states.

In 2001, GLAD filed a "Freedom to Marry" case in Massachusetts on behalf of seven couples, arguing that prohibiting them from marrying was a violation of the equal protection clause of the state constitution [source: GLAD].

In November 2003, the Massachusetts Supreme Court ruled 4-3 in favor of GLAD, making Massachusetts the first state in the country to legalize gay marriage. In 2008, GLAD won a similar court battle in Connecticut, leading to the legalization of gay marriage in that state.

Lambda Legal, a non-profit headquartered in New York, is another organization that fights for equal marriage rights. Its big victory was winning a unanimous ruling from the Iowa Supreme Court legalizing gay marriage in April 2009 [source: Lambda Legal].

Then, on June 26, 2015, the U.S. Supreme Court issued its ruling in Obergefell v. Hodges. James Obergefell and John Arthur James, who had gotten legally married in Maryland, had sued the state of Ohio for its refusal to recognize a same-sex marriage on a spouse's death certificate. The Supreme Court found that the right of same-sex couples to marry is legally protected by the 14th amendment to the U.S. constitution. With that ruling, same-sex marriage became legal in every state in the United States.

However, the right to marry, giving same-sex couples the same legal rights and protections as opposite-sex couples, is just one right that gay rights organizations are fighting for. Some others include:

Transgender people have been part of the gay rights movement since its inception, and issues related to trans people's rights and protections have become an increasingly visible part of the movement and its goals. In addition to the same workplace, housing, adoption and other rights listed above, in terms of the trans community, gay rights organizations are also advocating for:

Why has legalizing same-sex marriage been so important to the gay rights movement? Same-sex marriage advocates note there are more than 1,000 federal rights granted to married couples including:

Hundreds of international and national organizations work exclusively on behalf of Lesbian, Gay, Bisexual and Transgender (LGBT) rights. The International Gay and Lesbian Human Rights Commission, for one, documents cases of abuse and discrimination around the world. The Human Rights Campaign, for another, is the largest LGBT political action committee in the United States. With 725,000 members, it lobbies Congress to support gay rights legislation and tries to mobilize the gay community to get out and vote [source: Human Rights Campaign].

Most, if not all, of gay rights organizations are nonprofits dependent on donations and volunteers. Where you give your time or money depends on what causes interest you. The Gay & Lesbian Alliance Against Defamation (GLAAD), for example, fights homophobic stereotypes by encouraging accurate and inclusive portrayals of gay people in the media, including advertising, TV and film.

Founded in 1985 in response to The New York Post's sensationalized coverage of the AIDS epidemic, GLAAD has succeeded in numerous media campaigns, including getting newspapers like The New York Times to include gay and lesbian couples in wedding announcements [source: GLAAD].

If your focus is religion and equality, you may want to check out organizations like DignityUSA, which advocates for gays rights within the Catholic Church or IntegrityUSA, which promotes full inclusion of gays in the Episcopal Church.

In the political realm, there are groups like Log Cabin Republicans, which supports the Republican party's position on low taxes, limited government, free markets and strong defense, but not its socially conservative stance against civil unions and gay marriage [source: Log Cabin Republicans].

For loved ones who want to join the cause, Parents, Families and Friends of Lesbians and Gays (PFLAG) provides nationwide public education on sexual orientation, gender identity and related gay issues [source: PFLAG].

One organization focused specifically on transgender rights is the National Center for Transgender Equality.

For more on gay rights organizations, see the links on the following page.

The U.S. Department of Health and Human Services estimates there are 8.8 million gay, lesbian and bisexual people in the United States -- roughly 3 percent of the total population. According to one study, the cities with the highest gay populations are San Francisco (15.4 percent), Seattle (12.9 percent) and Atlanta (12.8 percent) [source: Turnbull].