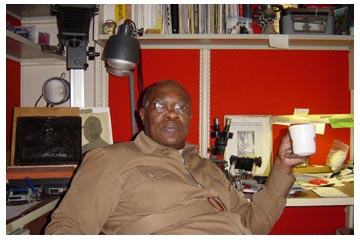 According to the Bureau of Labor Statistics, about 61.8 million people volunteered for an organization at least once in 2008. Of this population, only one age group -- young adults between the ages of 16 and 19 -- volunteered at a significantly higher rate compared to the year before. Part of the explanation is the unprecedented enthusiasm Barack Obama engendered among teens as he made his bid for the White House. In 2008, millions of Americans got involved in the political process for the first time. Now, as President Obama launches United We Serve, an initiative encouraging Americans to lend a hand in their communities, even more U.S. citizens will be compelled to volunteer.

One such person is Demetria Gallagher, a student at the University of Illinois at Chicago. For the last year, Demetria has been volunteering for the African Scientific Research Institute (ASRI), a nonprofit organization dedicated to preserving African American culture as a legacy for future generations. Demetria's volunteer work actually grew out of a class project she completed in pursuit of a master's degree in urban planning. The focus of her project was to develop a survey that could be used to assess the community development needs of Pembroke Township, a 52-square-mile (83-square-kilometer) tract of rural land about 10 miles (16 kilometers) southeast of the city of Kankakee, Ill. As she completed the project, Demetria realized that her survey instrument could be improved to more effectively capture the voices of the predominantly African American residents that lived in Pembroke Township.

As a volunteer for ASRI, Demetria refined the survey so it more accurately reflected the history of the area and the needs and challenges of Pembroke community members. Today, she is implementing the survey and collecting early data -- data that the town will use to develop a successful tourism plan that's beneficial both economically and culturally. Tourism may seem like an odd goal, but that's what ASRI's Project Genesis is all about. The organization uses cutting-edge science to identify and reconstruct forgotten African pioneers, abolitionists and the communities in which they lived. Then it works to help rebuild these communities and make them self-sufficient through activities and attractions that draw visitors who want to learn more about the challenges Africans faced as they struggled to gain their freedom.

ASRI relies heavily on volunteers like Demetria. If you think you might want to donate your time and energy to ASRI, keep reading. This article will explain everything you need to know about the African Scientific Research Institute, how to become a volunteer and what you can expect once you sign up. 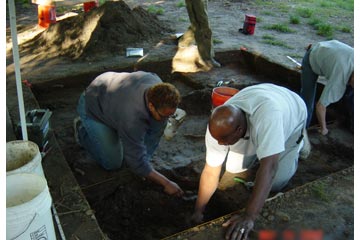 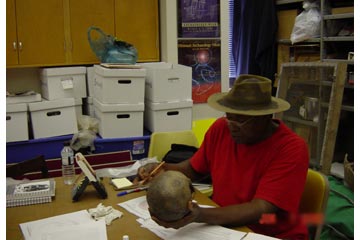 As its name suggests, ASRI is dedicated to scientific research. Much of its work falls into a general area of study known as bio-history. There are many different definitions of bio-history, but basically it refers to the study of the interrelationships of plants, animals and man in the history of culture and human development [source: Perrein]. Bio-historical research encompasses numerous academic fields, including the natural sciences, the humanities, social sciences and applied sciences, such as agriculture and medicine. In fact, many of the researchers employed by ASRI are internationally recognized experts in their particular disciplines.

The research conducted by ASRI is generally related to one of four key activities:

Identifying African American progenitors -- An ASRI investigation often begins at a gravesite. Using archaeological techniques, human remains are removed and returned to the lab for analysis. There, scientists use a variety of techniques to glean as much information as possible. Osteologists, for example, study bones to determine the sex, age and growth patterns of an individual. DNA testing also reveals a genetic profile that can be used to determine lines of descent.

Forensic reconstruction -- Next, scientists work to put flesh on unearthed skeletons. They use CT scans to generate three-dimensional images of the skull or long bones. Data from these scans is turned into digitized files that can be manipulated on a computer or synthetically reproduced via a process called rapid prototyping. Once a bone or whole set of bones exists digitally, researchers layer on muscles and skin to reconstruct what a person would have looked like. ASRI scientists have reconstructed the faces of numerous African slaves and abolitionists in this way, making it easier for African Americans alive today to identify with their past.

Historic reconstruction -- What ASRI does for individuals it also does for structures and buildings. The process of depicting a non-surviving building or object for the purpose of replicating its appearance at a specific period of time and in its original location is known as historic reconstruction. ASRI scientists use many of the same tools, such as CT scans and laser analysis, to collect the data they need to rebuild the architectural components that would have played a role in the lives of African pioneers.

Urban planning -- Finally, if ASRI is to be successful in helping African American communities become self-sustainable through tourism, it must facilitate the urban planning process. Unlike some planners who fail to seek the needs and wants of community members, ASRI planners are careful to involve residents and business owners at every step. They conduct interviews to understand the unique history of the area and implement surveys to collect data that can be used in the planning process.

Volunteers may participate in any or all of these activities, depending on their skills and interests. In the next section, we'll review the requirements that must be met by ASRI volunteers.

Learning from the Past: The ASRI Field School

Another major activity of the African Scientific Research Institute is education. Educators and curriculum writers take findings from the research and use it to teach children about the slavery experience. For example, an entire curriculum was developed to focus on the life and work of Jean Baptiste Pointe de Sable and the role he played in developing the economic structure in Illinois and in the United States.

The Institute also runs an archaeological field school at each of its five excavation sites. Students from public schools and state agencies can attend the summer programs to learn more about the archaeology and ecology of a site. This helps students understand why African Americans settled where they did, how they developed their communities and why communities succeeded or failed. Scholars from around the country teach at the field schools, which also rely on volunteers for their day-to-day operation. 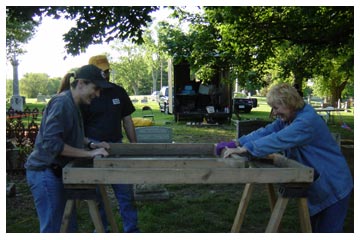 Volunteering for the African Scientific Research Institute can be a rewarding experience. For college students, it provides an opportunity to move from classroom concepts and theories into real-world practice. They develop new skills and contribute to important research that shapes what we know about African American history. Perhaps more important, volunteers get to network with other students, faculty and community members -- contacts that could prove invaluable as they plan their careers.

Although much of the work ASRI conducts is scientific in nature, volunteers do not need to have a science or medical background. ASRI does, however, encourage all of its volunteers to take the Cultural and Heritage Tourism course offered through the University of Illinois at Chicago. This graduate-level course helps participants understand what communities must do to develop successful programs linking the arts, humanities, history and tourism. It also, as ASRI Executive Director Jihad Muhammad explains, helps establish a common vocabulary among team members.

As you might expect, ASRI volunteers must be at least 18 years old and must be able to dedicate a certain number of hours a week to their volunteer work. They are not paid for this work but, instead, give their time, talent and abilities to the ASRI because they believe in what the organization is trying to achieve. Some volunteers do occasionally move in to paid positions at the institute.

The process to become a volunteer is relatively straightforward. Interested individuals should contact ASRI's volunteer coordinator directly, either by phone or e-mail. They will receive an application, which should be completed and returned for consideration. ASRI employees review the applications and invite candidates in for an interview. Once they are accepted into the program, volunteers receive their assignments. ASRI tries to match individuals to positions based on interest and skills, but can only offer positions that are currently open. If a position requires a set of technical skills, ASRI will provide the necessary training in some cases. Common volunteer activities include excavating at a dig site, providing support for symposia or workshops, collecting and analyzing survey data, assisting with administrative functions or participating in summer education programs at one of the archaeological field schools.

Regardless of their specific assignment, ASRI volunteers walk away from their efforts with a deeper appreciation of the important role slavery played in shaping the identities of African Americans. As Demetria Gallagher says, "Most people think of slavery as a negative thing. But the African Scientific Research Institute turns around the stigma of slavery by showing how African pioneers overcame serious obstacles to do great things. This turns a negative time in history into a positive."