The Roots of Do Something 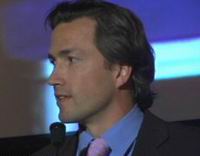 It all started in 1993. Childhood friends Andrew Shue (From the TV Show "Melrose Place") and Michael Sanchez wondered: What if community service were as cool as sports and music? They imagined teams of young people tackling community problems the way they stand in line for concert tickets and dedicate themselves to school sports. Our democracy would be stronger, and the world would be a better place. So they set out to create an organization that would inspire young people to take charge of their world and become active for social change. While attending a conference as a speaker, Shue overheard President Bill Clinton say that young people should "do something" for their world. The words resonated with him and gave him the inspiration to make Do Something the organization's official name.

The goal of Do Something is to "harness the power of the internet to help young people change the world." The group wants to inspire, support, and celebrate young people who have an idea, a vision of a better world, and who get off their lazy bottoms and actually get to work to make their idea a reality. In short, they want to inspire young people to Do Something, challenge them to get involved. The organization’s tagline, "What's Your Something?" speaks to the belief that everyone has a cause; it's just a matter of finding the drive to take action.