Campaign Finance Around the World 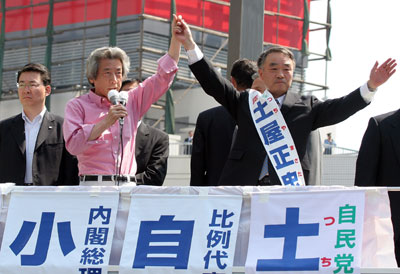 Elections all over the world cost money to win.
Junko Kimura/Getty Images

Outside the United States, campaign finance has moved increasingly to the forefront of political debate. Many countries are following America's lead in allowing money to influence the electoral process. As a result, they're getting serious about regulation and reform.

­The democratization of much of the world has given birth to elections in countries that have no experience structuring or regulating them. In the early 1990s, new democracies in Central and Eastern European countries drafted constitutions that didn't impose regulations on party funding and campaign finance. This was left to the legislature. Many of those countries fell behind on this front, allowing corruption and the influence of wealth to become the standard. The lack of campaign regulation early on had a great impact on the quality of life of the citizens of those countries as special interest groups tied the hands of the newly elected officials. Since then, some attempts at regulation have been made [source: IFES].

All post-Communist countries have free radio and TV broadcasting available for candidates and parties. Almost all of them (94 percent) grant in-kind subsidies such as free postage and free use of public buildings. Disclosure regulations and complete or partial bans against foreign donations are in place in more than 80 percent. Direct public funding of candidates or parties takes place in more than three-quarters of the countries. Roughly half impose limits on spending and contribution.

The U.S. system of funding that comes from both parties and individual candidates is similar to Brazil's. However, most countries run their money through the party system, as limits are more often put on individual candidate expenditure. In England, candidates have low spending limits. Parties are freer to spend, and until recently had no limits at all. The result is that most campaign money is routed through the parties. The British Prime Minister can call for an election at any time during his or her term. This has led to shorter campaign periods than in the United States and as a result, less money spent campaigning.

In Japan, foreigners and corporations that are in deficit or receive government subsidies can't contribute to campaigns or parties. Labor unions and businesses can only give to parties and organizations established by parties, not individual candidates. One interesting feature of Japan's finance law is that individuals and groups are only allowed to donate to parties during election periods. However, parties can distribute those donations to the individual candidates. Disclosure is required from political organizations, but not from the individual candidates. Even so, there's no monitoring system in place to review financial records or to police those who violate these finance laws. Since parties can pass corporate contributions along to candidates, wealthy special interest groups are able to influence the outcome of elections.

Mexico has made great strides toward a fair electoral process in the last 15 years. The country has a mixed finance system in place that publicly funds campaign activity while allowing for a limited amount of private contribution. Electoral officials regulate the spending of public funds but lack the resources to police private donations [source: NDI].­

When talking campaign finance and reform, one thing is clear -- no country that holds elections for public office is free from corruption. Although reform measures are on the agenda in every one these countries, they're often met with resistance from big-money politicians, corporations and unions. And when policies are put in place, there's a universal lack of policing and enforcement.

For more information on campaign finance and reform, the links below will point you in the right direction.

As someone who believes that a political candidate should be elected based on merit alone, it's a little deflating to write about campaign finance. Everyone knows it takes money to win an election, but when you dig into the matter, it seems like money may be the overriding factor in whether or not a candidate is elected. Without heavy funding, a candidate has no chance, and "chasing the money" has become more and more commonplace with each election year. The good news is that the United States government knows this is a problem, and there's more regulatory legislation or proposed legislation than at any other time in our history. Here's one writer who hopes that the United States is able to clean up the election process and regulate the amount of money being contributed by groups or individuals with special interests.