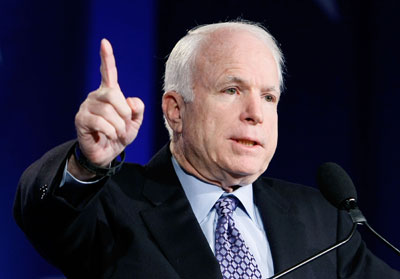 If you ask most political pundits, they'll likely say that campaign finance reform in the United States is an exercise in frustration. Almost every attempt at reform has been policed so little that it's fairly easy to cook the books and get away with breaking the rules. Still, at the onset of each election you'll likely hear a great deal about the need for new reform legislation and greater enforcement of current laws.

Since the Navy Appropriations Bill of 1867, there have been no less than 20 bills, acts, laws and Supreme Court decisions in the interest of reform. FECA and Buckley v. Valeo were landmarks in the road to reform and until recently were the major components of modern reform attempts.

In 2002, the Bipartisan Campaign Reform Act (BCRA) was signed into law. The law is also known as the McCain-Feingold Act, named for its chief sponsors, Sens. John McCain (R) and Russell Feingold (D). The BCRA introduced many changes to federal campaign finance law, but contained two major components:

As with most reform legislation, the law didn't last long before it was challenged. The Supreme Court ruled that soft money funds would be allowed with spending restrictions. It also ruled in June 2007 that banning ads mentioning candidates by name within 60 days of the general election was unconstitutional. These ads are now allowed once again, as long as they aren't direct pleas for votes for or against a specific candidate [source: Washington Post]. The ruling was a major victory for big money and wealthy special interest groups and a blow to reform proponents.

The FEC is comprised of three Republicans and three Democrats. These members are nominated by the president and approved by the Senate. The structure, while fairly balanced along party lines, often leads to partisan deadlock on reform proposals. Grassroots organizations like Common Cause call for an independent FEC structure, free from partisan influence. They contend that only then can true reform and enforcement take place.

In the future, there will likely be more calls for reform that will be met with resistance from corporations, unions and special interest groups. Regardless of what reform legislation may be passed, a lack of enforcement and myriad loopholes have made the American public skeptical about the dedication to cleaning up elections on the federal level.

Many states have taken matters into their own hands and are attempting to clean up their own elections. We'll look at those efforts in the next section.

The Internet plays an enormous role in fundraising. Every candidate has a Web site where donors can contribute directly to the campaign by credit card. Staffers send mass e-mails to potential voters and post video links of campaign rallies. Writers spell out the specifics of the candidate's platform. Voters can research their candidate's voting record, campaign spending and just about anything else they can think of. The problem is, the FEC is in a bind on how to regulate Internet activity. Applying cost as expenditure is difficult. How much does an e-mail cost? A mass e-mail? What's the value of a hyperlink? In the coming years, you'll be sure to hear more about regulation of Internet campaign activity by Congress and the FEC.