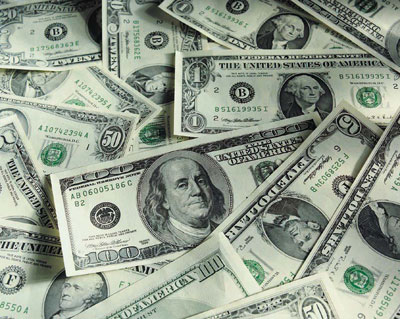 When considering donations, it's important to make the distinction between individuals, Political Action Committees (PACs) and 527 groups. PACs are private organizations that donate or spend more than $1,000 for the purpose of influencing an election. If the PAC is corporate or union-based, it's only allowed to ask for money from union members, their families, shareholders or executives. PACs are limited to donating $5,000 to a single candidate and $15,000 to a political party per election. Individuals can give a maximum of $5,000 to a PAC per year. TV, radio and print campaign ads from PACs must include a disclaimer that clearly states who paid for the ad [source: FEC].

527 groups have become increasingly popular and influential. They're similar to PACs, but don't donate to or work directly with a candidate's campaign. This distinction allows them to operate outside the control of the FEC. You may remember Swift Boat Veterans for Truth as having a significant impact on John Kerry's 2004 presidential campaign bid when the group challenged his military record [source: FEC].

While PACs and 527s have a financial impact, the lion's share of campaign funds comes from individual American citizens. For the 2008 general election, the contribution limit is $2,300 from an individual to a single candidate and $28,500 to the national party in one calendar year. Contribution limits increase with inflation in odd-numbered years. Foreign nationals are prohibited from making any contributions or spending any money on behalf of an election in the United States. Green card holders aren't considered foreign nationals, so they're allowed to donate under the same terms as American citizens.

One interesting part of campaign finance is that there's no limit on what a candidate can contribute to his own campaign. Wealthy presidential hopefuls Ross Perot and Steve Forbes donated substantial chunks of their own fortunes. Mitt Romney, a candidate in the 2008 presidential race, has been the largest donor to his own campaign by a wide margin [source: Boston Globe].

The Federal Elections Campaign Act (FECA) of 1971 prohibits corporations and incorporated charitable organizations from giving to or spending for a candidate. However, PACs are a good way for corporations to dodge this law. If you're confused, then you're not alone. It seems like for every regulation in place, there's a loophole that allows groups to bypass it.

Bundling is another tactic used to skirt the regulations of the FEC. Bundling is when an individual gathers contributions from a large number of people and donates the money all at once to a campaign. The bundler often enjoys prominence in the campaign and can gain access to the candidate to make a plea for his or her special interest. Bundling is currently a hot topic of debate and frequently called out in reform talks [source: Common Cause].

In the next section, we'll see how expenditure is regulated and disclosed.

You may have heard t­h­e terms "hard" and "soft" money on the national evening news and wondered what it had to do with campaign finance.

Hard money is a regulated donation that goes directly to the funding of a candidate's campaign. S­oft money isn't regulated by the FEC and is intended for "party building" activities like voter registration or generic party platform advertising.

Typically, soft money has been used for a variety of other things­ like campaign office expenses and equipment. Spending soft money frees up the hard money to directly support the candidate [source: Common Cause]. ­

More information about the distinction between the two can be found in the HowStuffWorks article What is the difference between "soft money" and "hard money" campaign donations?