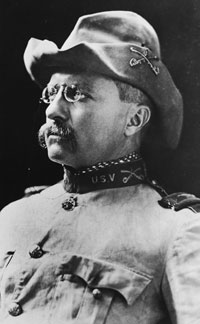 There's been a strong link between money and politics in the United States from the time we started holding elections. In the late 1700s, only white male landowners over the age of 21 were allowed to vote. This meant that you had to have some money to have your say. By 1828, states had the power to grant voting rights, and the land ownership mandate was largely dropped. The elections themselves were often fraught with corruption, with some voters being paid outright for votes.

Andrew Jackson was one of the first politicians to run a political campaign along modern lines. In the election of 1828, Jackson used a campaign staff to help him raise money and secure votes. He created committees that would organize rallies and parades to get his message to the masses. The result was a voter turnout that doubled that of previous elections. Twenty years later, Abraham Lincoln used his own finances to pay for his campaign. This plan nearly bankrupted him, even though he combined his own money with donations from wealthy supporters.

After the Civil War, it became clear to wealthy Americans that they had a lot to gain by supporting the campaigns of politicians. Notable families like the Astors and Vanderbilts were as influential in early politics as the politicians. The first federal campaign finance law also came about in this post-Civil war period. The Navy Appropriations Bill, passed in 1867, prohibited government employees from soliciting contributions from Navy yard workers.

The campaign of 1872 reached new highs in reliance on private political contributions. Wealthy democrats in New York contributed $10,000 each to help promote the election. Ulysses S. Grant had nearly one quarter of his election campaign paid for by a single donor [source: White House]. With such large donations coming from a limited number of supporters, it was clear that there was a great obligation by elected officials to the wealthy.

Corporations soon got in on the act, leading Teddy Roosevelt to speak out after being embarrassed by his own corporate financing. In 1905, he proposed to Congress that all corporate contributions be outlawed. This measure was met with stiff resistance, as the elected officials were beholden to the donors that helped them get into office. This catch-22 would prove to be a common problem for politicians in the United States. Soon after, the Tillman Act prohibited corporations and nationally chartered banks from making direct financial contributions. As with many attempts at reform, this act was difficult to enforce and full of loopholes. In the years that followed, more limits were placed on contributions and expenditures. Again, these laws were rarely enforced and easy to get around. It would be decades later before any meaningful campaign finance reform legislation would be introduced.

In the next section, we'll take a closer look at fundraising in modern American politics.