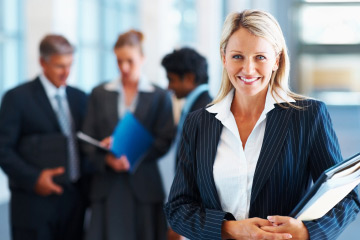 What does it take to stand out and be a leader?
Yuri Arcurs/©iStockphoto

Are all great leaders born, or do they learn on the job? While there are a few notables apparently gifted with the right tools for outstanding leadership, most of us need some help to bring out the best in ourselves and those we supervise. Many organizations are turning to leadership training to help foster best practices among management. This training often takes the form of workshops and seminars designed to educate managers in the tactics and skills necessary to be effective leaders. Stronger, more effective managers provide a solid backbone for the organization, leading to higher employee retention, a more productive work force and long-term investment in the company's future [source: TheManager.org].

What does a good leader look like? Certainly not all leaders are the same, but there are some key characteristics that provide a common thread. The Harvard Business School Bulletin published an article on the subject in 2001. Notable alumni and faculty of the prestigious program ruminated on the necessary traits. The panel agreed that being an inspiring visionary is important, but equally so is the ability to organize and manage a workforce. Too much of one or the other can lead to a lackluster or destabilized organization.

Communication and honesty are two other key characteristics highlighted. Being open and direct with your subordinates means that you're making your needs clear. You're also listening to their needs. Being honest with your team is important. Covering up bad news to in an attempt to protect your subordinates -- or to deflect blame from yourself -- will only make the situation worse in the end, even if it cushions the blow in the short term. But being open about mistakes that you or the organization have made can inspire your workers to help fix the problem.

Good leaders must also be adaptable. Organizations change as a result of both internal and external factors, and it's imperative that a leader be malleable enough to make a changing situation work. A manager who is unable (or unwilling) to re-examine priorities and tactics in the face of a changing environment will only succeed in damaging the organization.

Creativity plays a big role in becoming a successful leader, according to the Harvard Bulletin. "Thinking outside the box" is a phrase that's been overused in the last few decades, but it really does make the difference when it comes to success in business. A good leader will think creatively, looking for solutions that use the same tools but garner better results [source: Harvard Business School Bulletin].

So what kind of training does it take to be a leader? 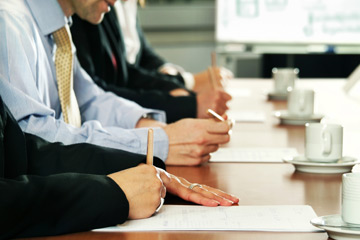 Courses in leadership usually focus on organization and communication.
mammamaart/©iStockphoto

Unsurprisingly, online leadership training courses have gained popularity over the last several years. With the economy still struggling, online courses allow an individual to participate without spending time and money on travel expenses. Cornell University is one educational institution that has directed some of its resources into online courses. Their classes cover a wide range of topics in the field of leadership and management, from budgets to strategic planning. You can take individual classes or enroll in a certificate program, which requires a combination of different classes for completion. In-person workshops have long been a popular venue for leadership training. Companies like Twenty-First Century Leadership offer a variety of seminars, as well as custom in-house programs commissioned by organizations. Some courses follow a lecture curriculum, while others teach leadership skills in the context of outdoor challenges or role-playing. There are lots of options for every kind of learner.

Again, all leadership training courses are different, but there are some common themes usually found across the spectrum. Here are some examples of those themes: 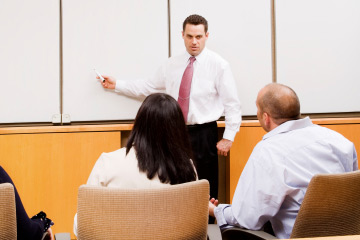 Everyone has a different style when leading a team.
jhorrocks/©iStockphoto

Not all leaders operate and make decisions in the same way. Professor Kurt Lewin, a German-born psychologist who studied group dynamics in the 1930s and 1940s, defined three different leadership styles: autocratic, democratic and laissez-faire.

Autocratic leaders make decisions in a vacuum. No outside consultation is expected or welcome. Once the decision is made, an autocratic leader expects complete compliance. While there may be some instances in which an autocratic leadership style is beneficial -- such as a crisis situation where time is of the essence -- it's not a methodology that fosters communication in the workplace. Additionally, if your subordinates are already suffering from low morale, making decisions without taking their input into consideration won't assuage the situation [source: Money-Zine.com].

Democratic leadership doesn't necessarily mean that everyone gets a vote; instead, more opinions are considered when the leader makes a decision. This is the leadership style most likely to result in group consensus, though not always. Ultimately, the decision-making still resides with the leader, no matter how many other voices are part of the debate [source: Learn to Be a Leader].

Laissez-faire (a French term meaning "to let be") is more commonly used to describe a style of economics where government intervention is minimal. Likewise, laissez-faire leaders allow their subordinates to carry out tasks as they see fit. The success of this leadership style depends largely on the subordinates, rather than the leaders; motivated workers can make the system a success, while unorganized or inept workers will result in an unproductive workplace [source: BusinessMate.org].

It's rare for people to stick with one style of leadership, no matter what their natural inclinations might be. Usually a leader will adopt the style that best fits the situation at hand and the group of people involved. For example, an autocratic style of leadership might be far more beneficial in a crisis situation than a laissez-faire approach.

So, what kinds of activities can get you started on the road to becoming a better leader? See the next page to learn more. 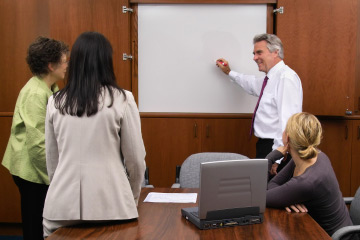 Activities can be a fun, relaxed way of discovering your strengths.
jhorrocks/©iStockphoto

There are some things you can do to begin the process of leadership training. Your Leadership Legacy is a book that also has a Web site, and its authors offer speaking engagements. The main page features a Leadership Style Assessment test -- not strictly adhering to Lewin's three categories, but offering more specific styles of leadership that highlight some of the test taker's personal attributes in the workplace. Another online resource is MindTools, which has an entire page devoted to leadership training activities, articles and assessment tests.

If you're interested in activities for you and your co-workers, there are a number of Web sites that offer free activities and games aimed at building better communication and relationships within the group, something that all leaders should strive to improve. The activities can range from role-playing exercises to physical challenges.

Even if you have no desire to become a leader in your working environment, a lot of these activities and articles can help you recognize your own strengths and weaknesses. Additionally, they can help you better understand the people who lead you, and how you might better relate to one another. And who knows? Maybe all of this will make you realize you really do want to be an inspirational, dedicated leader in your workplace. If that's the case, use this information to kick-start your dreams and find the right leadership training course for you.

See the links on the next page for lots more information on leadership training.

How Much Can You Get In Unemployment Benefits?
Indie Bookstores Defied Amazon. Who's Next?
The Hard Sell: When Targeted Ads Backfire