How the Employment Security Commission Works

Browse the article How the Employment Security Commission Works 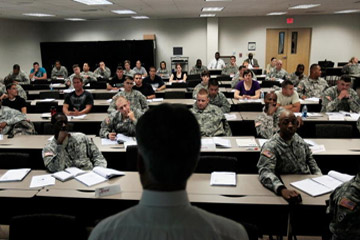 If you lose your job, the local Employment Security Commission is likely to be one of the first places you go for help. In some states, the agency may have a slightly different name, but its function is the same. In Illinois, for example, it's the Illinois Department of Employment Security (IDES). In Texas, it's the Workforce Commission. Michigan has the Unemployment Insurance Agency. Whatever they may call this agency, all 50 states and the District of Columbia have one.

And in each case, the Employment Security Commission (by whatever name) is likely to be largely overlooked when times are good. The "About IDES" section of the agency's Web site starts with this sentence: "The Department of Employment Security is one of Illinois' best-kept secrets" [source: IDES].

Most people don't pay much attention to this vitally important agency unless they find themselves out of work through no fault of their own. But when times turn bad and people suddenly find themselves out of work, most quickly learn about the Employment Security Commission. They can either head for the office or to its Web site, where they can apply for unemployment insurance benefits. And when they do, they're also likely to learn that the agency can do a lot more for them than just help pay the bills.

Read on to learn more about what the Employment Security Commission does.

What is the Employment Security Commission?

The Employment Security Commission is essentially a joint effort between federal and state governments. Employment Security Commissions date back to the days of the Great Depression, when Franklin D. Roosevelt was president of the United States. One of the many things the federal Social Security Act of 1935 did was to set up a social insurance program to help people the unemployed get by until they find new jobs. The idea was to give people enough money so they could survive, keep their families going and spend time looking for another job. The program isn't designed to give people as much money as they had been earning, nor does it enable them to maintain the standard of living they had when employed. It also has time limits; unemployment insurance is a temporary stopgap, not a welfare program.

Under the 1935 act, the federal government began collecting a payroll tax on employers. States were encouraged to set up their own programs following broad guidelines, and eventually all of them did. States also tax employers, using a formula based on how many successful unemployment claims are filed against each employer. Employers who participate in an approved state plan are able to get a credit to offset most of their federal payroll tax [source: Hogler]

Working within certain federal guidelines, each state runs its own version of an Employment Security Commission. Some things are pretty standard, such as the basic 26 weeks of unemployment benefits for eligible people. Others -- including the agency's name, the title of its top official, and whether that official is appointed by the governor or chosen some other way -- will vary from state to state. Extra benefits and services may also vary between states.

Every state's Employment Security Commission shares the same goal, going back to the 1935 law: helping to find jobs for anyone willing and able to work. The cash paid to unemployed people is important, but it's far from the only benefit these agencies offer.

Keep reading to learn more about what the Employment Security Commission can do. 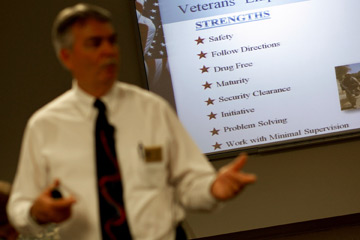 As you can see here, typical Employment Security Commissions do a lot more than hand out unemployment checks.
Chris Hondros/Getty Images

Usually, if a person knows anything about the Employment Security Commission, it's that it's the place to go to file claims for unemployment benefits. There's no doubt that the commission's role in handing out a state's unemployment insurance benefits is crucial, especially in times of high unemployment rates.

But the mission of an Employment Security Commission is much broader than just paying out money to people who have lost their jobs. In fact, in a perfect world, the commission would be so successful at its broader goals that no one would be showing up to file for unemployment. Its real aim is to help people develop their skills and find good, lasting jobs.

Specific programs will vary by state, but most of them offer a wide range of services to both employers and those looking for jobs. They help people develop their job skills and their job-hunting skills. Most even have offices where people can go to use computers and other office equipment.

When you're out of work, though, your first priority is usually figuring out how to file that claim to collect insurance benefits. Keep reading for insight into the process.

How to File for Unemployment

If you lose your job, file a claim with the local office of the Employment Security Commission or State Unemployment Insurance Agency promptly. In many states, you can file a claim online or by telephone.

Not everyone who is out of work qualifies for unemployment insurance. People who have been self-employed aren't eligible because no employer has been paying into the system for them.

For most workers, there are two essential conditions:

You'll need to give the state agency information, like your Social Security number, the names and addresses of your most recent employers, your pay rate, and the dates of your employment. Take time to make sure the information is correct and complete, or your claim may be delayed.

If your claim is denied, you have the right to appeal. Each state has its own rules about appeals, including time limits.

If your claim is approved, your state will determine the amount of money you receive based on a percentage of your wages during your base period. Most states will send you information about the wages your former employer reported for you. If anything looks wrong, notify the commission. The state should also let you know the amount of your benefits and when you can expect the first check.

What if your benefits run out and you still don't have a job? Read on to learn about extended benefits.

How to Get an Unemployment Insurance Extension 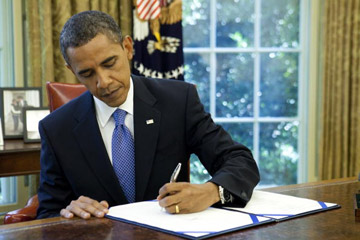 Unemployment insurance was never intended to support someone for the long haul. The cash benefits are designed to tide someone over until he or she can find another job. Once your claim has been approved, your state agency will impose conditions you must meet to keep the checks coming. You'll probably be asked to file again every week or every 2 weeks (you might be able to do this online). You may be required to register with the state's employment service.

You'll be expected to be "actively" looking for a job. You may have to document that you've applied for or interviewed for a certain number of jobs. If you're going to school, you may be asked to document your class attendance; if you're interviewing, you may need to report any job offers. You will probably need to report money earned through part-time or temporary work, too.

Keep reading for more information on jobs and unemployment.