The Effectiveness of Advergaming 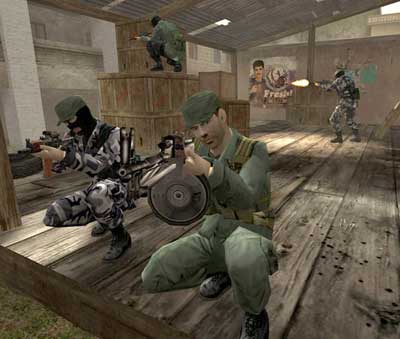 If you’'re selling a product and have been relying on traditional advertising vehicles to make sales, you may have noticed that some things that used to work just aren'’t producing the leads and/or revenue they used to. Take, for example, banner ads on Web sites. While they may have been effective in the beginning, many Web users simply ignore them now. The effectiveness of pop-ups is also taking a hit with the advent of pop-up blockers and folks that are quick with the “close window” button. Even with traditional TV advertising, the viewer is usually multitasking during the commercial break — such as reading a magazine or getting a snack. DVR owners can start watching a show 15 minutes after it starts so they can skip the commercials.

Depending on the type of advergame (online vs CD-based), how effective the campaign is can be difficult to track—but not always. The sale of more than 1,000 Jeep Wrangler Rubicons has been attributed to Jeep’s 2001 online advergame “EVO.” The Army’'s advergame, “America’'s Army,” (sold commercially) is said to be the most effective recruiting tool they have ever used.

Like banner ads, tracking how often a game is played is simply a case of gathering the numbers. But sometimes that doesn'’t give advertisers enough information. What’'s become very attractive about some types of advergames (primarily custom games) is that now advertisers can actually track effectiveness throughout the game’s campaign and tweak aspects throughout the runtime to gain the best response.

The tracking tools (only available from certain developers) allow marketers to record user behavior within the game. For example, Pepsi developed an interactive microsite with an online contest and found that 78 percent of site visitors joined the contest, and each visitor returned an average of four times. By having access to instant results, Pepsi could tweak the campaign throughout its run. For example, the site offered downloads, and because music videos were favored four-to-one, more were added, and daily user stats grew by 100 percent.

General Motors also had an interactive campaign that challenged users to design a custom car and then race it. They could also enter their car in a car show and invite friends to participate by voting on their favorite car designs (or creating their own car).

GM tracked design preferences such as models, colors and tires and also discovered the importance of integrating viral components into the site. They found that 80 percent of users were brought to the site by responding to e-mail postcards from friends challenging them to score higher. A whopping 90 percent of all viral game challenges were accepted; 98 percent of the users who designed cars entered them into the "Hut or Nut" car show; and 28.8 percent were 40 or older. GM was able to track preferences for each demographic.

There are probably many examples of what doesn'’t work in advergaming. The primary goal should always be to increase awareness and ultimately sell a product, and keeping that goal in site when developing the game is key. One example of an advergame that some say might not be effective at selling the product was the J20 advergame that promoted a hangover drink. The point of the game, however, was bathroom aiming accuracy after consuming increasing quantities of beer. While players loved the game, the product being promoted didn’'t really play into the experience.