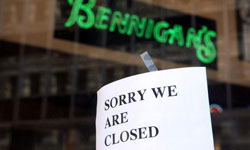 Feeling famished? Got a hankering for a Lums hotdog steamed in beer, or a Gino Giant burger drenched in Ameche 35 sauce, the fabled "banquet in a bun"? How about a plate of Minnie Pearl's down-home fried chicken? Chi-Chi's tangy nachos grande? Or maybe you're in the mood for something classier, like Steak and Ale's signature herb-roasted prime rib?

Well, too bad, because those delectable treats were on the menus of national restaurant chains that no longer exist. Whether you're talking about humble burger joints or fancy sit-down dining establishments, the restaurant trade is relentlessly, mercilessly Darwinian. Just as the sabre-toothed tigers and mastodons roamed the land eons ago, there was a more recent time when American roadsides were dotted with orange-roofed Howard Johnson's restaurants and their promise of 27 different ice cream flavors, the gleaming ivory facades of White Tower hamburger stands, and Chi-Chi's imitation Mexican cantinas, among others. Some restaurant chains lost out because of diners' changing tastes, while others were swallowed up by larger competitors. And a few succumbed ignominiously to stock market scandals, unfortunate name choices and an occasional outbreak of food-borne illness. But we also must thank defunct restaurant chains for innovations that revolutionized American casual dining, ranging from the salad bar to special kids' meals.

Here are 10 restaurant chains that are either outright defunct, or -- as in the case of Howard Johnson's --have shrunk to just a few remaining locations.

McDonald's 1950s success inspired a competitor, the Indianapolis-based General Equipment Manufacturing Company, to try its hand at cooking up even more efficient technology for peddling burgers and shakes. In 1958, General Equipment launched the Burger Chef chain, whose franchises were equipped with automatic conveyor broilers designed to churn out 800 flame-broiled patties with "cook out flavor" per hour, in addition to similarly prolific automated milkshake blending machines [source: Jakle]. By 1972, Burger Chef had grown to 1,200 outlets, second only to McDonald's 1,600 [source: Hurley]. But too-rapid expansion turned out to be Burger Chef's undoing. Faced with declining profits, in 1981 then-owner General Foods sold out to Hardee's. But one Burger Chef legacy remains: the insidious fast-food marketing tactic of packaging a cheap plastic toy with a small hamburger, fries, drink and dessert, which it invented in 1973 with the Fun Meal [source: Sanders].

Numerous restaurant chains have tried sports themes, including Slammin' Hank Aaron's Barbeque Stands and the Muhammad Ali-endorsed Champburgers [source: Young]. But the prototype combination of sports and fast food may have been Gino's Hamburgers, founded in 1957, the namesake of NFL Hall of Famer Gino Marchetti. Gino's was a hit with commercials featuring comedian Dom DeLuise as the "Gino's Genie," and with its "Ameche 35" burger sauce. The chain grew to 330 outlets in 1972. A decade later, Marriott bought the chain for $48.6 million and merged it into Roy Rogers [source: Voorhees]. Marchetti revived the name when he opened the first restaurant in a new chain in 2010.

Sambo's was founded in Santa Barbara in 1957 by Sam Battistone and Newell F. Bohnett, who combined their names to form the moniker, apparently without realizing it was also an epithet directed at African-Americans [source: Hill]. (In their defense, Helen Bannerman's children's book "Little Black Sambo," actually is about a dark-skinned child in India, not Africa [source: Bannerman].) In addition to serving its Sambo burgers and stacks of Sambo cakes, Sambo's had an innovative equity-sharing scheme that rewarded restaurant managers with a piece of the pie [source: Jakle]. When the chain reached its apex in the early 1980s, it had 1,117 restaurants. By then, though, Sambo's was already starting to falter financially. Worse yet, its name became such a lightning rod for anti-discrimination protesters that the company tried going by "Sam's" and "Jolly Tiger" in some locations [source: AP]. As the chain gradually collapsed in the 1980s, many of its locations became Denny's [source: Jakle].

Steak and Ale was yet another creation of Norman Brinker, the legendary restaurant visionary who turned Jack in the Box and Chili's into runaway successes. Brinker started Steak and Ale in Dallas in 1966 to compete against the conventional full-service restaurants that he derided as "starchy" and overpriced. Brinker deduced that middle-class customers would flock to a joint that charged just $1.95 for an eight-ounce filet, which was something of a no-brainer. But he also wowed America with another innovation, the self-service salad bar. When Brinker sold the chain to Pillsbury in 1976, he had 109 restaurants in 24 states [source: Grimes]. Steak and Ale's success may have been its undoing, because the "casual dining" genre that it created became crowded with imitators. It ultimately became part of billionaire John Kluge's Metromedia Restaurant Group, which shut down its last 50 of the restaurants in 2009 [source: McCracken].

You wouldn't think that a Mexican restaurant chain's founders would be two guys from Minnesota with Scottish-sounding names. But that's exactly what happened in 1976, when restauranteur Marno McDermitt partnered with former Green Bay Packers star Max McGee to open the first Chi-Chi's, despite warnings that the largely Scandinavian-American population in the area would reject the unfamiliar cuisine. The restaurant chain helped launch the Mexican food boom in the 1970s and 1980s, serving gigantic portions of intensely flavored food such as its chili powder, jalapeno-and-onion-laden nachos grande, with the help of an innovative computerized kitchen capable of serving up orders in nine minutes or less [source: Wilbur]. As with Steak and Ale, Chi-Chi's success spawned scores of competitors, and in late 2003, the restaurant chain was forced to file for bankruptcy due to poor cash flow. Shortly after that, the Mexican green onions that helped make Chi-Chi's food so tangy became its undoing, when a batch tainted with Hepatitis A sickened 660 diners and killed three at a Chi-Chi's in Pennsylvania, leading to the chain's demise the following year [source: Lockyer].

In 1956, a struggling young lawyer named Clifford Perlman and his brother Stuart, a door-to-door salesman, scraped together $12,000 to buy a humble six-year-old restaurant called Lum's in Miami Beach. And they were surprised by how well it did while other local eateries struggled. As Clifford later explained to Fortune magazine, he figured out that the difference was not the menu, but their restaurant's clear-glass doors, which seemed more inviting to passers-by than the solid ones the competition had. Pretty soon, they bought a second eatery and put in glass doors, and daily revenues increased there from $20 to $150 a day. By the time they ditched the weiner trade for a Vegas casino and sold their chain to KFC owner John Y. Brown for $4 million in 1971, nearly 400 franchises served the hot dogs steamed in beer that were the Lum's trademark. According to newspaper reports the company eventually was passed into the hands of a German company that went bankrupt in the early 1980s, and the once-prosperous chain dwindled down to a single restaurant in Davie, Fla., which closed in 2009. A thief later made off with the 400-pound wooden Lum's sign, so don't be surprised to see it turn up eventually on eBay [source: Sun-Sentinel].

White Castle, which in 1921 became the nation's first fast-food hamburger chain, introduced such innovations as the steam-cooked square, the onion-laden hamburger, the industrial-strength spatula and a distinctive gleaming white exterior. They all worked so well that when Milwaukee dance hall operator John E. Saxe and his son Thomas decided to launch a competing chain in Milwaukee five years later, they slavishly copied White Castle, down to the fake turrets on their restaurants, and adopted the sound-alike name White Tower. They even copied White Castle's "Buy 'em by the sack" advertising slogan, with "Take Home a Bagful." By the early 1930s, there were more than 120 White Towers in cities ranging from Minneapolis to Washington, D.C. White Castle responded with lawsuits, which White Tower eventually settled by agreeing to pay $82,000 and change its architecture from fake medieval to an updated Art Deco look [source: Hogan]. White Tower grew to 230 restaurants at its peak in the 1950s, but then gradually faded away, as customers moved away from its locations in declining urban areas. The last surviving White Tower franchise in Toledo shut down in 2004 [source: Reindl].

In 1935, Howard D. Johnson opened a roadside soda fountain and restaurant in Orlean, Mass., with borrowed capital and then quickly began selling others the rights to open similar establishments, with Johnson retaining half-ownership and controlling the menu and operation. He found plenty of takers. By 1970, there were 870 HoJo restaurants, mostly concentrated along highways in the northeastern U.S. and adorned with the chain's signature orange roofs and cutesy piemaker-kid-and-dog logo. But HoJo's customers gradually tired of the chain's menu, which was built around chicken, clams, hot dogs and ice cream confections, when other more specialized competitors came along like Friendly's, KFC and Long John Silver's [source: Jakle]. By 2009, the orange roofs had dwindled to just three locations -- Bangor, Maine, and Lake Placid and Lake George, N.Y. [source: Chesto]. 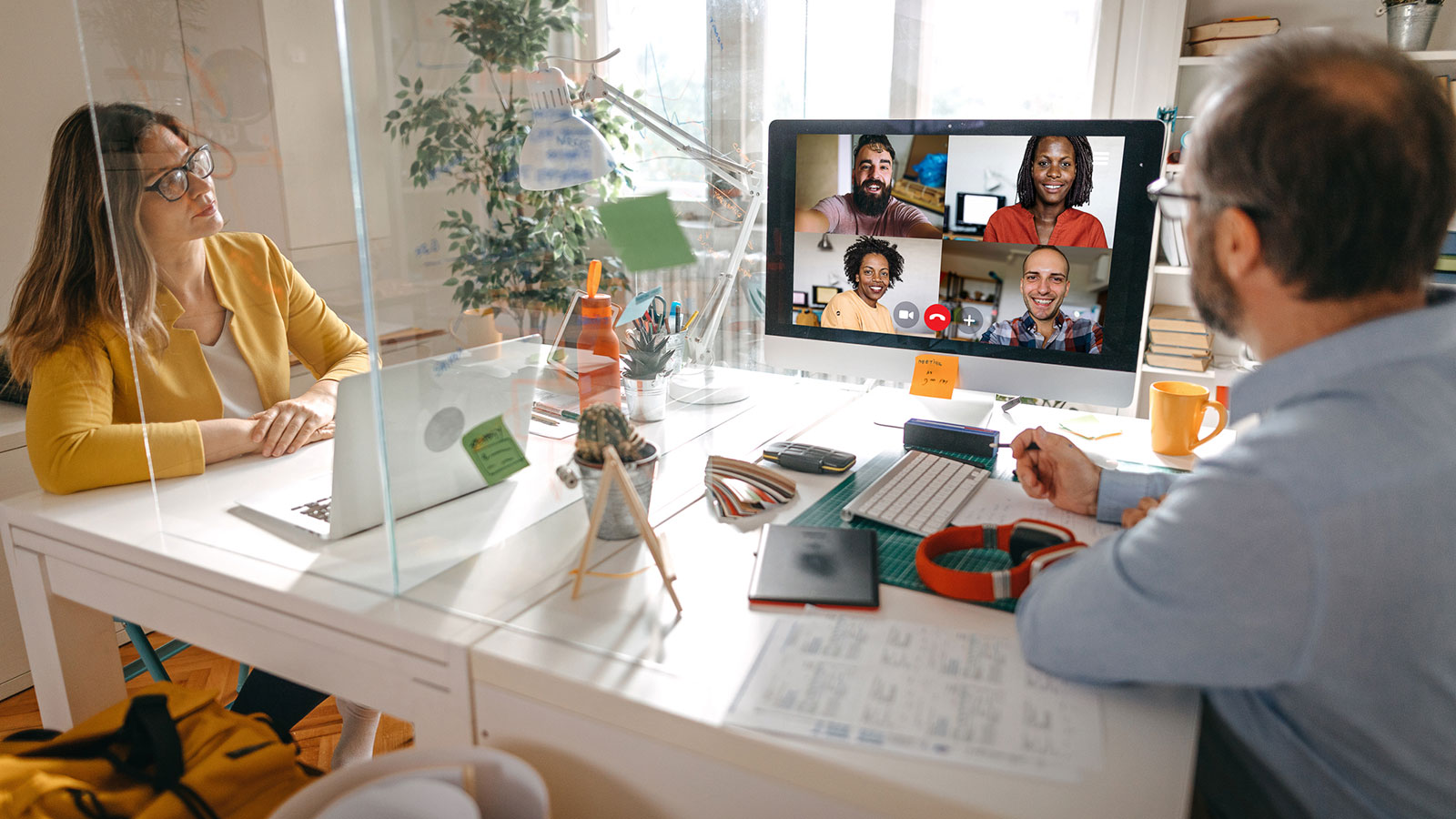 Pop-Up Ads Are Annoying — But They Work
Decoding Your Desk: What Does It Say About You?
AfterShock: Year One in the Life of a Comic Book Startup