Industrial and Commercial Bank of China 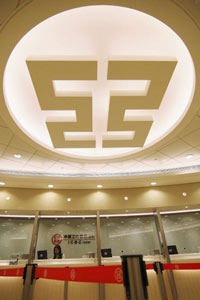 The concept of the 2000s being the Chinese century got a shot in the arm on Oct. 20, 2006, when the Industrial and Commercial Bank of China (ICBC) made its public debut on the Hong Kong and Shanghai markets. The company raised the most ever in global history during an IPO, an incredible $19.1 billion [source: BusinessWeek]. That amount is more than the total value of all the shares in existence (called market cap) for the Bank of Ireland. By contrast, the market cap for ICBC was $140 billion, which made it the fifth largest bank in the world [source: Mann].

Rather than introduce a limited number of shares at a high price, the bank created 48.39 billion shares at about 39 cents apiece. Demand for futures contracts (agreements to buy or sell stock at a later date) for the shares topped $500 billion, which would have made it twice as valuable as Citigroup, the largest bank in the world at the time [source: Chan].

Investors had good reason to pour their money into ICBC. The bank's retail customer base -- everyday people who hold accounts and investments in ICBC -- at the time of its IPO was 153 million, or 10 million more people than the entire population of Russia [source: Chan].