by Josh Clark
Prev NEXT
9 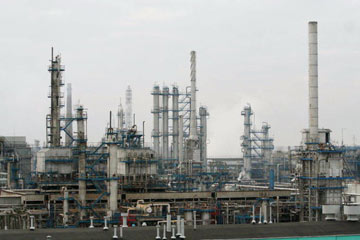 State-owned Russian oil giant OAO Rosneft went to the markets in 2006 and attracted a cool $10.6 billion for the government.
Getty Images

Always one to buck the global trend, Russia did it again when it took OAO Rosneft -- the state-owned oil company -- public. While many other large IPOs were the result of the privatization of a state-owned entity, OAO Rosneft was Russia's share sale of its own company. What's more, Russia had put the oil giant together through seized assets from private enterprises operating in the country.

A number of financiers balked at the IPO, considering it unethical. This didn't stop Russia from offering the stock -- and other investors on the Moscow and London exchanges from buying it. When OAO Rosneft went public on July 13, 2006, it attracted $10.65 billion in capital, with shares underwritten by bankers like JPMorgan and Morgan Stanley [source: BusninessWeek].

OAO Rosneft released 1.38 billion shares of itself, valued at $7.55 apiece [source: Bloomberg]. The IPO fell about $1 billion short of the company's hope to raise $11.6 billion.