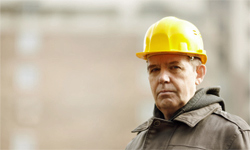 Retirees represent a growing sector of the workforce, and some of them have their hearts set on green jobs.
iStockphoto/Thinkstock

Working after retirement can pose a rewarding way to stay active, meet new people and learn new skills. For other retirees, a job represents a way to shore up retirement income through a precarious economy. Regardless of the motivation, the statistics are clear: More retirees are working full-time jobs than ever before. In the three decades since 1977, the rise in employment for people older than 65 has far outpaced other demographics. For instance, while the overall U.S. workforce increased by 59 percent, the number of workers over age 65 jumped by 101 percent, and for workers over 75, that number rose to 172 percent [source: BLS].

For retirees who are passionate about the environment, a green-collar job could be a great fit. By green-collar job, we just mean any occupation devoted to protecting the environment, no matter the industry. Just as retirees are composing an ever-increasing percentage of the overall U.S. workforce, green-collar jobs are making up a larger share of jobs. According to the Pew Charitable Trust, growth in the number of green jobs outpaced growth in traditional jobs in the decade leading up to 2007, and by the end of that decade, there were an estimated 770,000 green jobs in the U.S. alone [source: Scherer].

With thousands of green jobs out there, which ones would be perfect for retirees? We looked for positions that fit a few criteria. First, the job couldn't be too physically demanding, so occupations like solar panel installers didn't make the cut. Second, we sought jobs that either took advantage of the skills learned through a more traditional career or required only minimal training to perform. After all, most retirees probably aren't terribly keen to head to college for a few years before starting their new position. Know that you know the whys and wherefores of our list, read on to learn about our first pick.