Private Investigation and the Law 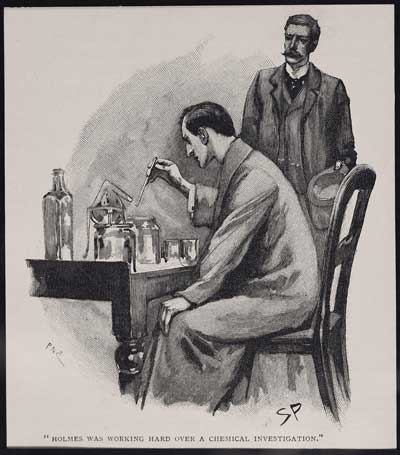 Reading books and watching movies about private investigators naturally requires some suspension of disbelief. After all, many fictional detectives are impossibly heroic or improbably cool. But fictional investigators aren't just too smart, too good-looking, too lucky or too witty to be true. Much of the time, they make decisions that would land a real investigator in jail and out of a job.

When a TV private eye dons a cap with a cable company's logo, picks up a clipboard, and pretends to have questions about when a neighbor will be home, he's using a ruse to get information. This technique has become known as pretexting, and while it isn't always illegal, critics argue that it is often unethical. Others contend that the ends can justify the means -- if using a disguise and fake identification leads to an arrest, then the ruse is worth the risk.

However, in some cases, pretexting is against the law:

Another common scenario in detective stories involves trespassing or breaking and entering. In many countries, entering private property without the permission of the owner or tenant is illegal. For this reason, private investigators typically conduct surveillance from public property to avoid legal issues. In many jurisdictions, the surveillance itself is legal, especially if the investigator has notified the police of his presence. Private phone surveillance using recording devices or wiretapping, on the other hand, is usually illegal.

Fictional investigators also sometimes apprehend, detain and interrogate criminals, which could be considered kidnapping. However, in some cases, detaining a criminal might be legal. Some states and countries allow citizens who witness a felony or identify a felon to detain that person. The exact situations in which such citizen arrest is permissible can vary in different jurisdictions.

Some critics feel that private investigators' work is an invasion of people's privacy. A number of laws and constitutional amendments protect people's privacy in many countries throughout the world. However, many of these laws regulate the steps that the government or certain businesses can take. They do not necessarily affect whether a private investigator is permitted to take surveillance photos or to use pretexts to get information that would otherwise be confidential.

Because of privacy concerns and depictions in popular culture, some people believe that private investigators are often on the wrong side of the law. Private investigators have also appeared in a negative light in some high-profile cases, such as the Hewlett-Packard corporate spying trial in 2006 and 2007. However, as more states and countries begin to regulate and license investigators, this perception may gradually begin to change. To learn more about licensing procures, legal issues and how to become a private investigator, check out the links below.

Some jurisdictions regulate exactly what information an investigator can share with clients or with other people. Sometimes, particularly when investigating a criminal case, an investigator may inform only the appropriate law-enforcement agency of his findings.