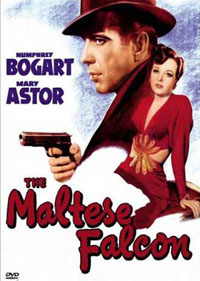 In many detective movies, the typical client is a damsel in distress.
Photo courtesy Amazon

The stereotypical private investigator comes from books, TV and movies -- so does the stereotypical client. In the world of fictional investigators, clients often turn to investigators for help because the information they seek doesn't fall within police jurisdiction. They may also be afraid or unable to ask the police for help. In some portrayals, clients have already tried to work with law-enforcement agencies but aren't happy with the result. Often, fictional clients are looking for:

Although real clients aren't the archetypal damsels in distress that appear in fiction, the types of cases that surface most often in movies and books are also common in real life. A real investigator's caseload often includes background investigations, surveillance and skip traces, or searches for missing people. Investigators may also serve legal documents, notifying people of their involvement in legal proceedings. In the United States, this is part of the due process guaranteed in the Fifth and 14th Amendments to the Constitution.

Naturally, day-to-day duties vary depending on a detective's expertise. Someone who specializes in intellectual property theft will spend far more time studying patents than staking out hotels looking for errant spouses. Some cases are also more common in specific regions. For example, in New York City, some landlords hire private investigators to determine whether tenants in rent-controlled apartments are violating their lease terms. The investigators look for physical proof of violations like subletting apartments and living elsewhere or using residential units for business purposes. [Source: New York Times].

Finding the perpetrator in an unsolved crime might not seem to have much in common with running a background check or finding grounds for a tenant's eviction. But they all involve the same basic task -- in order to solve any case, a private investigator has to collect and organize facts.

Gathering facts involves more than the luck and intuition that some fictional investigators seem to rely on. Successfully solving a case begins with planning and analysis. The investigator must:

Like any good researcher, a private investigator uses multiple sources of information to solve a case. The source most commonly associated with private investigators is surveillance. The basic idea behind surveillance is very simple -- the investigator follows a target and documents where he goes and who he meets. Actually conducting surveillance can be far more difficult. Following people without losing them or being noticed is a difficult skill to master. While some affluent investigation agencies have sophisticated surveillance vans, many investigators simply work from their cars. The process of watching someone can also be long and tedious with no possibility for breaks.

Surveillance often involves skill with a camera and long hours in the car.
Photo courtesy Stockexpert

Researchers can also interview suspects and witnesses. In general, the person being interviewed has no legal obligation to speak to the investigator. For this reason, the process often involves time devoted to building rapport and making the interviewee comfortable. In addition, some investigators use pretexts or ruses to get information from people who might otherwise be reluctant to talk to them. Using false pretenses to gain information can have legal and ethical implications -- see "Private Investigation and the Law" to learn more.