How can you date on a budget? 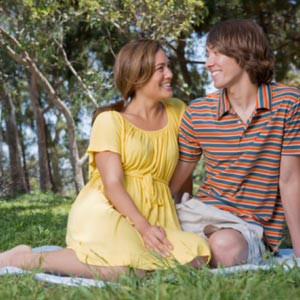 If you're low on cash, how can you still have fun on a date?
Getty Images/Brand X Pictures/Jupiterimages

Dating is stressful enough without having to worry about money. You'll be dealing with a mix of nerves, uncertainty, pressure and hopefully some excitement. You'll worry about many things: Where should we go? What should we talk about? Should I tell any jokes? How should I act? But the toughest question for those on a budget is: How much should I spend?

Men are traditionally responsible for paying for dates. However, now that women make their own money, some believe this will change the dating convention. And this convention actually hasn't been around all too long. Author Beth Bailey writes in her book, "From Front Porch to Back Seat," about the transition of courtship in the early 20th century. Before it was common for suitors to "ask a girl out," men actually expressed their interest by calling on the girl at her family's home. Talk about a cheap date -- though it did, of course, come with watchful chaperoning. At the very least, etiquette now dictates that whoever asks for the date is responsible for paying.

The problem is that many guys feel pressured to drop a lot of dough on the first couple dates in order to impress a girl. But there are plenty of ways to impress girls without maxing out your credit card. And a grand romantic gesture need not involve purchasing fireworks and hiring a mariachi band. It will take some creativity, however.

But before we go over some inexpensive date ideas to get you inspired, the major question is: Should you tell your date about your cash flow problem? Some etiquette books say you should be honest and perhaps suggest "going Dutch" up front, where both parties pay for the date, while others say you should wait to ask someone out until you've saved up enough money to pay for the other person.

It can certainly make for an embarrassing first impression to reveal your financial woes to someone. You may have a good reason to be on a budget, like being in grad school, and you don't want to give off the wrong idea that you're irresponsible with money. With any luck, the other person will pick up on your situation when he or she learns more about you and offer to go Dutch anyway.

On the next page, we'll get into some tips for inexpensive dates.

Tips for Dating on a Budget 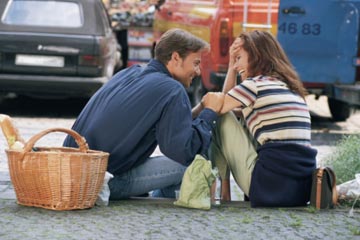 A picnic is a great way to have a good time without spending too much.
Getty Images/Comstock

Many of these ideas could apply whether it's the first date or the 20th date. In fact, as fancy restaurant outings start to add up, finding inexpensive things to do gets more important as you go on. And of course, even married couples need to get out for a special date occasionally while managing a mortgage and family expenses. Meanwhile, the old standby dates, like going to the movie theater, are getting increasingly expensive.

Avoiding fancy dinners and overpriced movies doesn't mean sacrificing fun or culture. Creative date ideas can involve something as simple as going on a bike ride together and packing a picnic lunch to enjoy at a park.

But the most romantic and creative ideas will come from considering the other person's interests. Is she a sucker for Shakespeare? Take her to a Shakespeare in the Park or local community performance. Urban areas especially will offer ample opportunities for cheap tickets to community theater. Search online or through newspapers for announcements. If she enjoys antiques or finding used treasures, try an antique fair, a flea market or an estate sale.

And is he a sucker for battle history? Suggest an outing where you visit a battlefield together. Allow him to impress you with his extensive knowledge of the battle and time period. Strolling around historical landmarks and national or state parks should provide plenty of conversation topics. Museums and art galleries make for great dates, too, and many only require moderate entrance fees or a suggested donation.

A girl who's let a guy pay for the past few dates can offer to make dinner for the next date. Or a guy who's skilled in the kitchen can really impress a girl with his culinary prowess. Staying in and testing a new recipe together will be a nice change of pace from going out, anyway. Likewise, going to a friend's place for a house party can be a great way to meet the other person's friends -- which can tell you a lot about someone else.

The great thing is that budgeting your dates will probably force you to think about more interesting activities. In the end, it'll remind you that the important thing is not how much money you spend, but that you enjoy quality time together.