by Josh Briggs
Prev NEXT
7 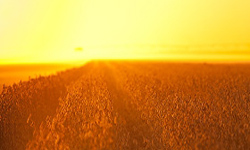 Nebraska is still largely a rural state, but increasing productivity of the farms there has caused some decline in the rural population. And if rural or small-town living isn't for you, Omaha, with a population of more than 400,000, and Lincoln, at nearly 260,000 people, offer more urban amenities.

Partly because of strong agriculture, the unemployment rate in Nebraska has been at or below 5 percent during the recession, about half the national rate. And across the state, median household income has also been bucking the national trend, rising to more than $48,000 per family in 2011.

What's there to do in Nebraska, besides getting away from it all? There's rich history, with the Lewis and Clark and the Mormon Pioneer national historic trails winding through the state, dotted with forts, settlements and other points of interest. Buffalo Bill Cody's ranch is now a state historic park. Several rivers provide recreational opportunities, most notably the Missouri as it winds along the state's eastern border.