Where can I find college admissions decisions appeal letter samples?

Browse the article Where can I find college admissions decisions appeal letter samples? 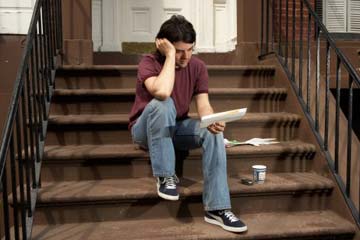 If you're rejected from your top choice college, don't give up yet. You might be able to reverse the decision by submitting an appeal. See more college pictures.
Rosebud Pictures/Getty Images

Every spring, thousands of prospective students from around the world are rejected by their dream colleges. In 2007 alone, Harvard University rejected more than 20,000 applicants -- about 91 percent of the total -- from all over the world [source: Schoetz]. The University of California, Berkeley, reported that in 2009, they admitted only about 21 percent of applicants [source: UC Berkeley]. Maybe these students didn't have the best grades, maybe the schools had more applicants than open spots in the class, or maybe the applicants just had bad luck. In any case, should you find yourself in this situation, don't give up hope yet. You may have one last chance at getting in: an admissions appeal letter.

Admittedly, the odds are not on your side if you decide to submit an appeal. If your school even reviews appeals, their acceptance rate can be as low as 5 percent [source: Johnson]. However, if you've dramatically boosted your grades, achieved notable success in an extracurricular activity, or can prove extenuating circumstances, your chance of a successful appeal may increase.

In select cases, your rejection may actually be the result of a mistake. Maybe portions of your application got lost in the mail or your SAT results didn't arrive in time. If you suspect an error was made, call your school's admissions office and ask whether all the information was received. The college might even be impressed, rather than bothered, by the inquiry [source: Beck].

Supposing your college of choice didn't make an error in rejecting you, then it's time to put together an appeal. But before you get typing, check whether the college will even accept it. Your rejection letter should usually provide information on whether appeals are processed. Stanford University's rejection letter, for example, explicitly states that they "are not able to consider appeals" [source: Shellenbarger]. One rule of thumb: The more exclusive the college or university, the less likely they will be to review appeals. To be sure, check with your school's Web site to see whether they have a defined "no appeals" policy.

If appealing a rejection sounds, well, appealing, be sure to get moving on it as soon as possible. Admissions officers work on tight deadlines when it comes to reviewing appeals, and you may have as little as two weeks to get your letter in the mail [source: UCLA].

Because this is your second chance to impress the admissions officers, you'll want to be sure you get the letter right. If your school doesn't outline what they're looking for in a letter, how can you know what to include? Read on to learn where you can find examples of appeals letters that can give you some inspiration.

Before you start writing, do some homework on how your choice college handles appeals. Certain colleges may provide online guides on how to submit an effective appeal [source: Simon Fraser University, Georgian College]. Some colleges will even provide you with details as specific as margin size [source: University of Washington]. However, even if a school is not open about its appeal policy, it doesn't mean that appeals are out of the question. A persistent applicant may still be able to persuade an admissions board to review his or her case [source: Clark].

You may be able to find pre-written appeal letters at Web sites such as Docstoc or Pdfdatabase.com. For a fee, the site Letterrep.com says you can task one of its writers with crafting you a tailor-made letter in 24 hours. You may even be tempted to have a close friend or relative write your appeal letter for you.

However, the ideal appeal letter is a very specific and individualized document. Admissions officers will not only be looking at the content of the letter, but they'll be examining your ability to write clearly and argue your case [source: Beck]. It's one thing to get inspiration or advice from a sample letter, but it's quite another to pass someone else's work off as your own. Your success in college will revolve largely around your ability to express yourself with written words. If one of your first acts as a college student is to cheat, you're probably starting out on the wrong foot.

Feel free to ask around for letter-writing advice, but make sure you look in the right places. Don't rely too heavily on online university and essay forums, though they may be able to provide tips on structure and style [source: Essay Forum]. Your high school guidance counselor will be able to suggest changes to an appeal letter, and may even be able to point you to people with better background knowledge on your chosen school [source: Beck].

Now that you know how to write an appeal, read on to find out what else to include along with it.

Backing Up Your Appeal Letter

No matter how well structured or well written your letter, unless it's based on a solid foundation of good content, it probably won't do the job alone. Above all, be sure that your appeal letter contains "new and compelling" information [source: Beck, UCLA]. A team of admissions officers has already carefully combed through your first attempt at admission, so this time around, you'll have to give them something else to chew on. You may have qualities that you failed to mention, such as improved grades or a dedication to extracurricular activities. Or maybe there were special circumstances that caused your initial application to be less than stellar, such as family problems or a medical condition. Your rejection may also have been prompted by your decision not to declare a major. If your appeal is more specific about what you intend to study and why, it may help prove your commitment to the school [source: Beck].

Also feel free to include any compelling personal or geographic reasons you have for applying to a particular college, such as how the college best satisfies your lifelong goal of studying late-stage diabetes, or how studying in Boston will bring you closer to an academically minded relative [source: Johnson].

It's one thing to make a claim, and it's another to back it up, that's why it's important to include any documentation that will prop up the arguments made in your letter. If your initial application was hindered by a medical condition, include a doctor's note. If you have recently won an award, include a photocopy of the certificate. If your grades have dramatically improved during your second semester, include a revised transcript. No college wants to admit a student who won't be able to hack the academic demands. If grades led to your rejection, you're going to have to show that in the months since you first applied, you've been able to dramatically boost your grades and work ethic up to a college level.

Recommendation letters can be a critical part of any appeal package, but make sure to find out whether your choice school is picky about who writes the letter. Some colleges may accept letters from anyone ranging from coaches to formers bosses, while other will review letters written only by teachers or guidance counselors [source: Kentucky State University].

Read on to find lots more information about college admissions and appeals processes.

Most likely, you will have applied to several other colleges in addition to your first choice. If you're accepted by a secondary choice, that college will likely require you to respond by May 1 [source: UC Santa Barbara]. Considering that it can take until mid-May for your first choice to respond to an appeal letter, keep in mind that you may be left with no college choices if you rely solely on an appeal.