How the ACT Works

Browse the article How the ACT Works 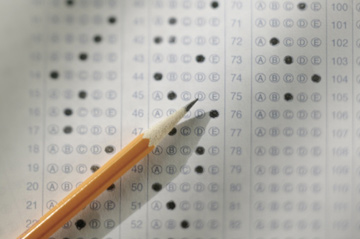 The ACT is one of two major standardized college entrance exams given in the U.S. See more college pictures.
Comstock Images/Getty Images

The ACT is one of two major standardized tests given to high school students across the United States every year. While the ACT traditionally took a back seat to the better known Scholastic Aptitude test (SAT), every four-year college in the U.S. now accepts ACT scores for college entrance, and the percentage of students taking the ACT has gone up year over year -- especially in states where most students usually take the SAT [source: USAToday]. Several states even require that all high school students take the ACT, even if they don't plan to attend college [source: Des Moines Register].

Students facing college applications deal with the same questions every year: Should I take the ACT or the SAT? Or both? How should I study for the ACT? Should I take the optional writing portion? How can I make sure my scores get sent to the colleges I want to apply to? It can be a confusing and stressful time. Luckily, the ACT is a fairly straightforward test that doesn't require a lot of memorization, and it doesn't try to trip you up with trick questions or confusing word problems. Some scholastic experts even commend the ACT as a test of knowledge and reasoning skills, rather than a test of test-taking skills -- one of the most common criticisms of the SAT.

This article will explain how the ACT works, which students should take it, what ACT scores you should shoot for to get into college and the best way to study for what could be one of the most important tests you'll ever take. The good news is, whether you're a straight-A student or struggling with Cs, a little practice can go a long way toward improving your ACT score -- and your chances of getting into the college of your choice.

A Brief History of the ACT

The ACT was originally conceived as an alternative to the SAT (Scholastic Aptitude Test, or Scholastic Assessment Test), which has been offered since 1901. Two faculty members at the University of Iowa founded the ACT in 1959 in response to changing patterns in college attendance in the U.S. and a desire for a test that more accurately judges a student's ability to perform well in college [sources: Des Moines Register, ACT.org]. The nonprofit company is still based in Iowa City, Ia., today. The name ACT stood for American College Testing when the company was founded, but the company changed its name several years ago. Now the company is called ACT (like you're pronouncing the three letters out loud, A. C. T.), and doesn't technically stand for anything. They've also expanded their business to include adult education, career preparation and other services.

For many years, the ACT's popularity grew slowly throughout the Midwestern states, while SAT maintained strongholds on both coasts, including highly populated states like New York and California. However, in the 21st century, the ACT began to gain a larger share of the testing market, and expanding out of its traditional areas of influence. Possible reasons for this include a growing dissatisfaction with the testing method of the SAT, a growing number of colleges accepting the ACT and incidents of scoring errors on the SAT. ACT has successfully lobbied several states into requiring the ACT exam for all high school seniors.

The content of the ACT has changed over the decades as well. Earlier versions of the test required specific information about American history and science. Today, the ACT tests a student's ability to apply knowledge and concepts in math, science and English without having to memorize vocabulary lists or detailed information. We'll go into much greater detail about the content of the ACT in the next section.

This section presents five essays with certain portions underlined. Students then answer 75 questions, determining if the underlined portions are correct, or if they include grammatical mistakes, punctuation errors or other general structural problems.

Students read four passages, each one about one-third the length of the article you're reading right now (roughly 750 words). The four passages are on the following topics, in order:

There are ten questions to answer about each passage, for a total of 40 questions.

In this section, scientific information is presented in six groups in the form of charts, graphs, summaries of scientific research, or as the conflicting viewpoints of two or three scientists. Students then answer 40 questions, the answers to which can be extrapolated from the information provided. You don't have to know any equations, animal classification systems, the moons of Saturn or any other specific data.

There are two other sections of the ACT that you may or may not encounter.

Students only take the writing test if they chose a version of the ACT that includes it (it costs extra). It's recommended that you take the optional writing test, because some colleges require it. If you skip it, then decide you later want the writing test, you'd need to go back and retake the entire ACT.

The writing test is a single essay about a provided topic the ACT test-makers feel is relevant to high school students. Students must state and support their position on this topic.

This section, found at the very end of the test, doesn't show up all the time. You'll probably notice when it does, because it's much shorter than the other sections. ACT is literally experimenting on you, trying out questions or types of questions that they may use in future versions of the ACT. Whatever happens on this section is irrelevant -- it won't affect your score in any way.

Next, we'll take a close look at how the ACT is scored, and what kind of score you should aim for to get into the college of your choice.

How is the Essay Section Scored?

Two different scorers will read your essay and give it a score between one and six. Both scores are added, for a total essay score between two and 12. If the two scorers give scores that are too far apart, a third scorer will read the essay and mediate the final score.

The ACT scoring system is a bit convoluted. First, they add up all your correct answers in each section. It's very important to note that they don't subtract points for incorrect answers. Therefore, if you don't know the answer to a question, always take a guess. You can usually eliminate some of the choices as obviously incorrect, greatly increasing your odds of a successful guess. Also, some ACT practice guides recommend picking one letter and always guessing that same letter. This supposedly increases your guessing odds.

The number of correct answers is called your raw score. Your raw score is then converted to a scale score, a number from one to 36 (it's actually just about impossible to get a scale score below 10). The exact conversion process isn't really important -- what matters is your composite score. Your scale score for each section will have a fraction. For example, you might have a 22.4 on your math section. Your scale scores on the four sections are averaged and rounded, giving you a single whole number, known as your composite score, which also ranges from one to 36 [source: ACT].

There are also subscores, which range from one to 18. This can be confusing, because the subscores don't add up or contribute to your composite score. They simply reflect how well you did at a certain type of question in the test. For example, the math subscores are separated by the different kinds of math questions. Your subscores might show that even though your math scale score was only average, you're really good at trigonometry and did poorly on the intermediate algebra questions.

The benchmark scores for the high school graduating class of 2007 were:

We know that it's important to answer every question and get as high a score as possible. What's the best way to prepare for the ACT and maximize that score? Find out in the next section.

What Should I Aim For?

Are the benchmark scores the minimum you should try to achieve when you take the ACT? They serve as a good indicator of "average" to colleges. If you want to be -- at minimum -- average, then yes. If you're applying to a very prestigious school or a specific program, you probably want to score higher than the benchmark, especially in the subject area you plan to major in. Every college has its own set of standards for test scores, so check with the admissions office.

The truth is, explaining the best ways to prep for each of the ACT's sections is beyond the scope of this article. There are literally entire books written on this subject. And there's your answer -- go get a few of those ACT prep books and use them. There are also ACT prep classes available; whether you want to take the classes or just use books is up to you and how confident you are in your ability to handle the types of questions the ACT is going to throw at you. At minimum, you should study a few of the prep books so you're familiar with the sections and the format of the questions. This will take a lot of stress away come test day, since you'll know exactly what you're in for.

A lot of ACT prep books have sample questions and even sample ACT tests included. Be aware that ACT does not license out old tests for publication. Some test prep books do a good job of writing sample tests that look very similar to actual ACT tests, but the only way to get an actual old ACT is to order one directly from ACT [source: Martz, et al.]. It's probably a good idea to do this, in addition to whatever other preparations you undertake.

The ACT is actually pretty easy to study for. It tests specific knowledge areas, so it doesn't include word puzzles or intentionally confusing questions. Once you know exactly what kinds of questions will be asked, you can identify the areas where you're weakest and study those. You can also focus your study time on areas with the most impact. Are you totally clueless about elementary trig? That's only four questions on the entire test, so save that for last. Brushing up on your algebra will be time better spent.

Finally, if you have a pretty solid idea of what you want to major in when you go to college, it's a good idea to focus on that subject area. When you tell a college admissions officer you want to go to their for their excellent physics program, a sub-par science score on your ACT will not look good. Of course, you might not have any idea what you want to major in until you've been in a college for a semester or two, in which case this strategy won't really help you.

For more information on preparing for college, take a look at the links on the next page.

Who Sees My Scores?

ACT sends your scores to you, your high school, and to up to six colleges selected by you (additional colleges cost an extra fee). If you don't like your scores, you can retake the ACT, and they'll only send your best score to the colleges you select.