Choose How Your Money Will Help 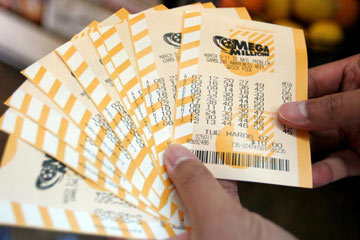 If one of those hits, exactly how will you use your money?
Justin Sullivan/Getty Images

Janite Lee, who won more than $18 million in the Missouri Lottery, found that a fortune can dry up quickly. After just eight years, she was down to a mere $700 [source: Bankrate].

What makes Lee's plight particularly heartbreaking is that her winnings accelerated her philanthropic giving. She lost her money by donating it to worthy causes; it wasn't conspicuous consumption that led to her going broke. Winning the lottery doesn't mean a good person must become a miser to hang onto his or her money. It means that the winner should choose exactly where donated money will go.

"Within about 30 minutes, she was sitting down writing a list of all of the groups she wanted to help," Al Castellano says of his wife after she learned they were millionaires. This short list lead to the creation of the Castellano Family Foundation, a funding branch of the family's lottery holdings, they initially endowed with $5 million. The Castellanos decided that they would focus their philanthropy on Latin American arts, culture and community. The narrow focus immediately vetted potential candidates, and by establishing a foundation, the Castellanos didn't have to personally field requests for money and contributions.