Splurge on Yourself -- Within Reason 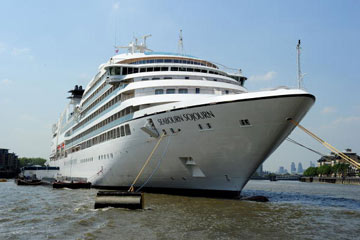 Taking a vacation away from your money (and the media) is a good early step after collecting your winnings. Perhaps a nice cruise.
Gareth Cattermole/Getty Images

When the Castellanos won their $141 million, Carmen initially decided that the family would stay in the same modest home they'd lived in throughout their marriage [source: Glionna].

However, that was no longer an option after people the Castellanos didn't know began coming to their home to ask the couple for money. So the Castellanos moved to a larger and newer home in a nearby affluent San Jose community. They also purchased a vacation home overlooking Monterrey Bay and hired a staff to help with the cooking and cleaning. The couple spends their winnings on vacations for themselves and their family and has paid off their children's student loans. The lavish life one might imagine for two people who netted around $70 million is nowhere to be found near the Castellanos, however.

Financial advisers agree that the lifestyle the couple has set up for themselves is a sensible one. Because of poor planning and overzealous spending, 70 percent of lottery winners live to see themselves lose all of their money [source: Begin and LePage].

The moral here: Take a vacation away from your money during the first month after winning. When you return, park it in some sensible investments.