by Dave Roos May 11, 2018
Elaina Watley, Alexis Stoudemire and Amber Sabathia pose with reps from Rodan + Fields during an event on April 17, 2014, in Alpine, New Jersey. Jerritt Clark/Getty Images

Every Facebook feed has at least one of them, the friend who posts once a day (if you're lucky) about the amazing new product they discovered and how it's changed their life.

Not only have the [dietary supplements, skin regimens, essential oils, kitchen gadgets, clothing lines] improved their [health, appearance, confidence, cooking skills, style], but the "extra income" from selling the product really helps, as evidenced by the recent vacation pics from the Bahamas.

But how much money do you really make selling [dietary supplements, skin regimens, essential oils, kitchen gadgets, clothing lines]? The answer, as with most things, is complicated.

In multilevel marketing (MLM) companies, sellers make money two ways: from selling the product and from the sales of the people that they recruit to sell the products. Not every MLM is a scam, but even the legit ones don't usually make you rich.

Claire Shook, a young mother of four from Pennsylvania, started selling Rodan + Fields skin care about a year and a half ago after buying one of the products from a friend and liking the results. Rodan + Fields, like most MLM or "direct sales" companies, gives discounts to sales representatives, and Shook admits that the dermatological-grade skin treatments were pricey.

"If I was going to keep using it, I wanted a consultant discount," says Shook. "But then because I thought it was a good product, I wanted to try selling it, too."

Shook signed up as a Rodan + Fields sales consultant with modest income expectations. She wanted to sell enough cover the cost of the products that she herself was using and to hopefully make a little extra cash, too.

"I never wanted to be pushy, though. I'd post on Facebook and if people showed interest, I'd follow up," says Shook. "But I wasn't calling and messaging people, 'You should do this!'"

Shook says that even at the height of her activity with Rodan + Fields, she was only putting in four or five hours a week, but it was enough for her to earn back her investment on the enterprise. Shook declined to say exactly how much she made selling Rodan + Fields, citing a company policy against disclosing income, but says she was "never in the red."

So How Much Money Can You Make?

It turns out that Rodan + Fields, like all other major direct sales companies, publishes its own annual income disclosure statement that breaks down the average earnings (retail profit and sales commissions) for participants in its sales program. Participants aren't compensated for sponsoring or recruiting other people to sell Rodan + Fields' products. Here's what Rodan + Fields self-reported for 2019 (clarifications and caveats below):

On the face of it, those are pretty modest earnings. More than 90 percent of Rodan + Fields sales consultants took home, on average, $2,314 or less (much less in most cases). But when you read the fine print, it's clear that those numbers should actually be even lower.

In 2019, the company says it had 362,300 enrolled consultants, but that only 200,322 (55 percent) were "paid consultants" who made a profit from sales to other people during at least one month in 2019. The other 161,978 consultants (45 percent) didn't sell a single product but only signed up as consultants to get a discount on products they bought for themselves.

The Rodan + Fields earnings numbers above are only for the 200,322 paid consultants. If you included the $0 earnings of the other 45 percent of consultants who never sold anything, those income averages would go way, way down.

"Earnings depend on a number of factors including leadership, business experience, expertise, quality and depth of network, and individual effort," says company spokesperson Lauren Hartung in an email statement. "Consultants are not required to hold inventory, orders are placed and shipped through Rodan + Fields and most Consultant sales are handled through the company's e-commerce site. We are confident that the Rodan + Fields income disclosure statement is the best resource for any questions related to Consultant earnings. Some people become Consultants to receive the benefit of discounted products, some for discretionary fun money, and some even earn more."

The selective ways that direct sales companies report earnings makes it really difficult to answer our original question of how much people actually make with MLMs.

MLM researcher and industry critic Jon Taylor claims in his book "Multi-Level Marketing Unmasked" that after investigating dozens of direct selling companies, he found that an overwhelming 99.7 percent of participants lose money, once you subtract their full expenses from their earnings, including the purchases they must make to qualify for commissions.

"Compare that to typical small businesses, where 61 percent don't turn a profit. "It's hard for me to say anything positive about that business model," Taylor said in a phone interview. "If the FTC [Federal Trade Commission] was doing its job, these companies wouldn't exist."

What the Industry Says

However, Joe Mariano, president and CEO of the DSA, says that his organization doesn't think that it's accurate or useful to both sellers and outside observers to lump every direct sales participant together as a "salesperson."

"We've always know that direct selling in many instances is a very casual activity," says Mariano. "There are many people who sell only a few hours a week, or maybe only a few weeks out of the year. That's not an unusual profile."

Mariano says that moving forward, the direct sales industry will be clarifying and emphasizing these distinctions for several reasons, including growing scrutiny from regulators.

The FTC levied a $200 million fine against Herbalife in 2016 for misrepresenting how much money sales reps can make selling its healthy lifestyle products. Mariano says that direct sales companies can protect themselves against such allegations by refining their marketing pitch for different audiences.

"If someone is coming in with the intent of being a business builder, it makes sense to have income representations and to talk about the business opportunity," says Mariano. "If someone has expectation of being a discount buyer, you also want to tailor your representations to them appropriately to avoid potential for confusion or the possibility of somebody being misled."

Bottom line, if your friend is really making Bahamas money from their direct sales job, he or she is in a vanishingly small and elite minority. And know that reaching the top of the heap requires getting in early and working your butt off to recruit people under you and motivate them to sell, sell, sell.

Now That's Litigious
LuLaRoe, a ladies clothing MLM renowned for its leggings, is facing multiple lawsuits reports Buzzfeed News: one from its old supplier, a class-action lawsuit filed on behalf of angry customers alleging defective clothing and another filed on behalf of consultants who says LuLaRoe is, in fact, an illegal pyramid scheme.

What Gets Your Dishes Cleaner: You or Your Dishwasher?

Can You Microwave a Steak to a Perfect Medium-rare? 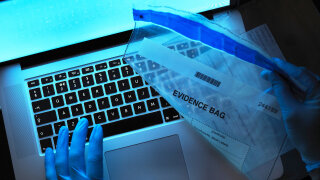 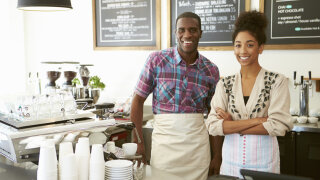 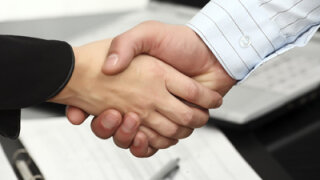