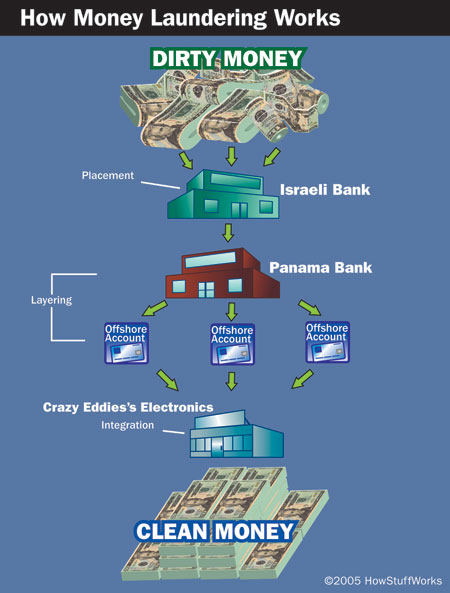 In the 1980s, Eddie Antar, the owner of Crazy Eddie's Electronics, skimmed millions of dollars from the company to hide it from the IRS. That was the original plan, anyway, but he and his co-conspirators eventually decided they could make better use of the money if they sent it back to the company disguised as revenue. This would inflate the company's reported assets in preparation for its IPO. In a series of trips to Israel, Antar carried millions of dollars strapped to his body and in his suitcase. Here's a basic recounting of how the scheme worked:

Overall, Crazy Eddie laundered more than $8 million. His scheme boosted the initial offering stock price so that the company ended up worth $40 million more than it would have been without the added revenue. Antar sold his stock and left with $30 million in profit. Authorities found him in Israel in 1992, and Israel extradited him to the United States to stand trial. He received an eight-year prison sentence.