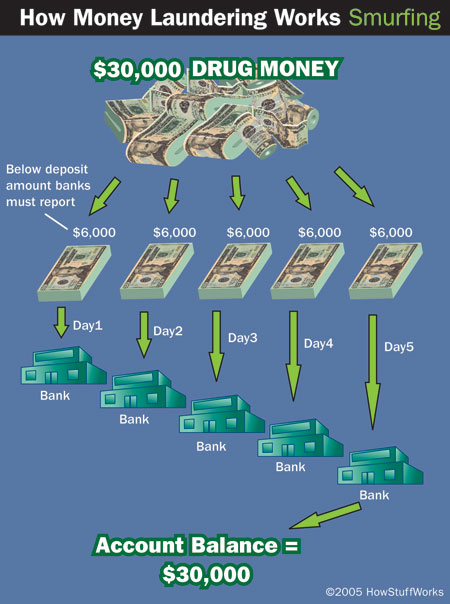 In 1996, Harvard-educated economist Franklin Jurado went to prison for cleaning $36 million for Colombian drug lord Jose Santacruz-Londono. People with a whole lot of dirty money typically hire financial experts to handle the laundering process. It's complex by necessity: The entire idea is to make it impossible for authorities to trace the dirty money while it's cleaned.

There are lots of money-laundering techniques that authorities know about and probably countless others that have yet to be uncovered. Here are some of the more popular ones:

Most money-laundering schemes involve some combination of these methods, although the Black Market Peso Exchange is pretty much a one-stop-shopping system once someone smuggles the cash to the peso broker. The variety of tools available to launderers makes this a difficult crime to stop, but authorities do catch the bad guys every now and then. In the next section, we'll take a look at two busted money-laundering operations.

In October 2005, a Texas county indicted U.S. congressman Tom DeLay on charges that included money laundering and conspiracy to violate election codes. (The conspiracy charge was later thrown out.)

In Texas, candidates for legislature are not allowed to receive corporate campaign donations. The prosecution held that DeLay took part in an alleged scheme to bypass that rule and hide the corporate origins of money that ended up in the hands of Republican candidates in Texas. The alleged laundering scheme involved sending corporate donations from Texas to the Republican National Committee (RNC) headquarters in Washington D.C., and the RNC then sending an equal amount of money back to Texas for use in campaigning.

DeLay was convicted in 2010 and sentenced to three years in prison but remained free on bond as he appealed. In 2013 the Texas Third Court of Appeals overturned the conviction on grounds of legally insufficient evidence.