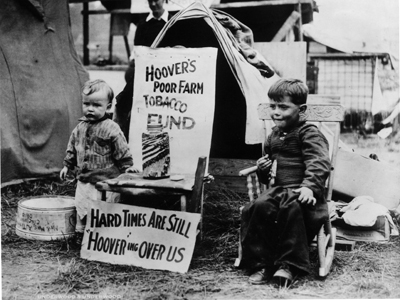 The Great Depression: not a lot of happiness going around.
MPI/Getty Images

The Great Depression forced many economists to find new and better ways to keep an eye on national economies. One of the most notable of all of the Depression-era advances in economic theory was the refinement of what we call the gross domestic product (GDP).

This economic indicator had been around in some form before the Depression, but it functioned as little more than a guesstimate of the value of a nation's economy. Economist Simon Kuznets improved it dramatically by applying real data to measure the total value of all of the goods and services produced in a nation within a given year. Since then, GDP has become a valuable tool for evaluating how well or poorly an economy's doing at a certain point in time.

As the global financial meltdown took hold in 2008, the GDPs of the world reflected this reality. All of the increases in unemployment, slowdowns in the production and sale of goods and other decisions that individuals made that cumulatively affected the vitality of an economy could be expressed in bar graphs and pie charts.

Indeed, GDP is a reliable indicator of economic health. As reliable as it is, however, GDP really only measures one thing -- money. More to the point, GDP measures the money being made by the interaction of production and consumption in an economy. For some people, this indicator tells them everything they need to know; others believe that money is one of many factors that determines an economy's health. Simply put, there are more important things to consider -- like happiness, for example.

With many of the world's countries about as unhappy as they can get because of their sagging GDP figures, the tiny nation of Bhutan is going in the opposite direction. Officials there have come up with a different indicator, called gross national happiness (GNH). At first blush, GNH seems a bit like the Five Day Weekend -- a tongue-in-cheek commentary on the pursuit of wealth common among developed nations. However, the Bhutanese are quite earnest about implementing GNH as their key economic indicator. The country's beloved former king, Jigme Singye Wangchuck, has been espousing the concept of gross national happiness since 1972, and the country adopted it as a formal economic indicator in 2008 [source: Mydans]. 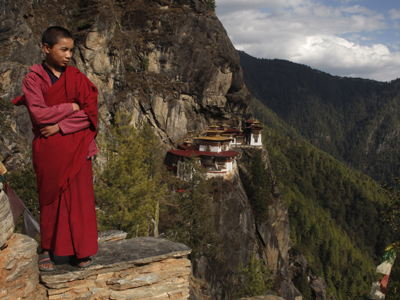 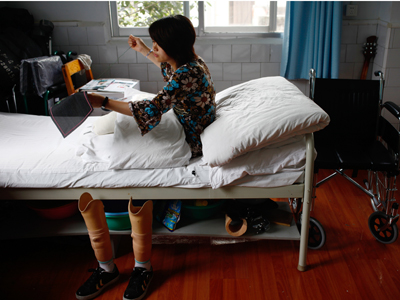