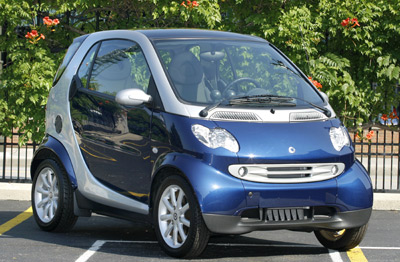 Due to the cost of imported materials, things like cars and houses would get smaller as prices declined to remain in step with falling earnings.
Bill Pugliano/Getty Images

If the U.S. government actually made the five-day weekend into law, what kind of effects would it have on the economy and society of the United States?

"In a system where everyone works two days a week, you'd have problems," says Harvard's Richard Freeman.

First and foremost, he says, he doesn't think employers would be willing to pay their employees the same wages for two days of work. People simply couldn't cram five days of work into two days, even if all of the fat present in the average work week were trimmed. Unless, of course, workers clocked two lengthy days per week. Even then, many sectors, such as those in the hospitality and entertainment industry -- the ones nine-to-five workers patronize on their time off -- wouldn't find the five-day weekend feasible.

So a five-day weekend would represent the American wage falling to two-fifths of what it is under the current structure. Freeman says this isn't necessarily all bad. Americans would have to scale back on their consumer spending, simply because consumers wouldn't have as much to spend, but the markets would eventually adjust back into step with what Americans earn. Housing prices would fall most significantly in proportion to the decrease in wages. But the size of new homes constructed would also decease. So, too, would the size of autos.

Prices for goods created outside the country (in other nations that chose to remain competitive globally) would skyrocket in comparison to Americans' lower earnings.  Rather than a five-day weekend, Freeman suggests that workers be given (and use) more vacation time each year.

Cornell's Robert Frank also agrees that a five-day weekend is feasible, but not necessarily desirable. "I'm not sure how many people would be interested," he said. He also points out that if Americans were to give up most of the money they currently make, the cost of many goods and services, such as health care procedures that require expensive technology, would be out of reach. As a result, statistics like the maternal mortality rate -- the percentage of women who die as a result of childbirth -- would rise again for the first time since the early part of the 20th century. Americans would retain their knowledge of medical science, says Frank, but they wouldn't have the technology to carry out some of the procedures. "Which would make it that much worse," he says.

Despite the potential negative impacts of instituting a five-day weekend, it could be done, Frank believes, because relative needs would decline proportionately with the work week. In other words, people would still compete with one another for economic and social status, but their efforts would be more on the scale of a two-day work week.

Considering that the idea began as a marketing ploy to gain the attention of out-of-staters, the five-day weekend concept has already served its purpose for Asheville. While its roots are found in tourism, the points it raises are worth examining. The studies concerning overworked labor and higher incidents of heart attacks among men who don't take vacations remain valid.

Ironically, instituting a national Five Day Weekend could prove to be the undoing of the Asheville Conventions and Visitors Bureau. The point to choosing a life of leisure, says Richard Freeman, is spending more time on higher pursuits like volunteerism and contemplation and less consuming goods and services. And that includes five-day weekend trips to Asheville.

For lots more information on economics, visit the next page.