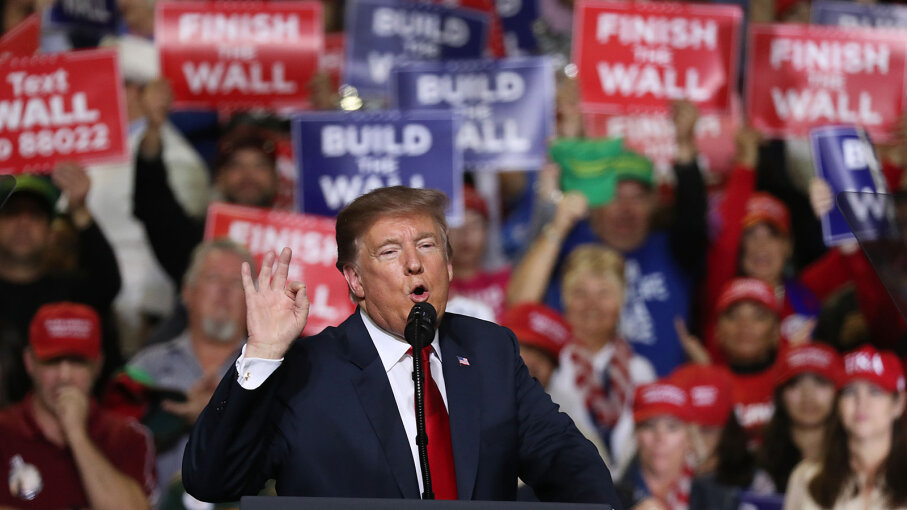 U.S. President Donald Trump promised to build a border wall between the United States and Mexico. The government would have to use eminent domain to take land from many private owners along the border. Joe Raedle/Getty Images

The power of eminent domain is founded in the Fifth Amendment to the U.S. Constitution, a bit of Bill of Rights muscle that gives government the right to take private property for the public good. If you visit your childhood home only to find it's been replaced by a strip mall or widened road ... that may be eminent domain at work. When President Donald Trump decided to build a wall on the U.S.-Mexico border in 2019 — much of it cutting through private property — eminent domain issues, and lawsuits attempting to stop the wall, immediately sprung up.

The Fifth Amendment states that private property can be taken for public use as long as just compensation is given. That means, as long as a fair price is established, roads, courthouses, schools and utilities can be erected on the land a private home or business already sits on. Sometimes, private commercial development that's considered a benefit to the community can be built on somebody else's land, too.

In the early days eminent domain was mainly used to support large-scale public works operations. The growing freeway system after World War II is a good example of how government used eminent domain to accomplish necessary development for the good of the country.

Through the years, though, eminent domain has remained a thorny legal issue pitting the rights of the individual against the rights of a government that is working, at least theoretically, for the greater good.

In the early 1980s, a Michigan Supreme Court ruling allowed more than 1,000 homes and 600 businesses to be razed to make way for a General Motors auto plant. The town where the plant was built didn't experience the economic boom developers expected. In what can only be considered a "too little, too late" decision, the high court reversed the GM ruling more than 20 years after the homes and businesses were torn down [source: PBS].

Using eminent domain for schools, roads and courthouses has given way to developers looking to build condos and outlet malls. The Supreme Court weighed in with a landmark decision in 2005 that has paved the way for even more wide-reaching definitions of "public good."

In this article, we'll explain the eminent domain process and examine some abuses of the powers.

The Process of Eminent Domain 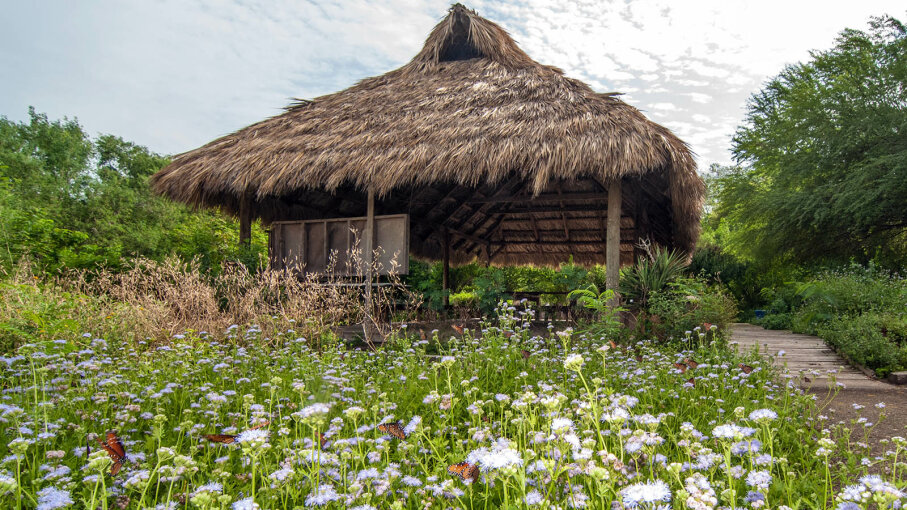 Legally, eminent domain is also called condemnation. The process varies by state, but the basic steps are similar. Once the local government decides that it needs a parcel of land or a building, it contacts the owner to negotiate a selling price. At this point there are three different paths the process can take:

When the government needs land, it's referred to as a taking. There are several different categories of takings. A complete taking is when the entire property is purchased. When only a portion of the property is needed, a partial taking may be used. In this case, the owner must be compensated for the value of the land, as well as the amount the remaining property is devalued. If the property is used for a limited amount of time, then a temporary taking is necessary. The owner is paid for any losses that result from the temporary taking, but remains owner throughout the process. Using private land adjacent to a public works project is one way a temporary taking might apply.

The final category is called right of way or easement taking. Technically, this involves the general right of someone to make use of someone else's property; it usually refers to using land for a roadway or utility installation. The property owner maintains use of the land but gives up ownership.

When a business owner is forced from a leased building, he or she is entitled to compensation. Typically, this means the value of the lease is paid, in addition to improvements made by the tenant. The tenant also can ask for payment for the amount of lost business.

Butterflies vs. the Border Wall

The National Butterfly Center is located next to Bentsen-Rio Grande Valley State Park, near Mission in Hidalgo County in Texas. It's right in the path of Donald Trump's planned border wall along the Rio Grande River. The wall would cut the 100-acre property in two, leaving nearly 70 percent of the sanctuary completely unreachable because it would be stuck between the wall and the Rio Grande. The North American Butterfly Association, which runs the center, is suing the U.S. government to stop the wall from crossing its property. 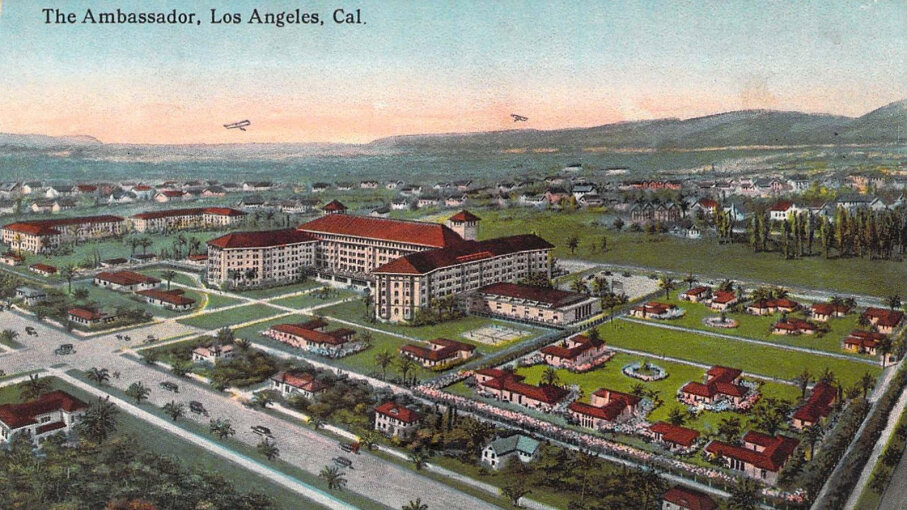 The Ambassador Hotel in Los Angeles once hosted Hollywood's elite in the '50s, was home to eight Academy Awards shows and was the site of the assassination of Robert Kennedy. The landmark hotel was razed under eminent domain laws in 2006. LPL

The definition of "public use" has sometimes been stretched to the point that any project that could potentially generate more tax revenue may be considered. The Supreme Court ruled for the government in the landmark case Kelo v. New London in 2005 [source: Oyez.org]. In the case, the city of New London, Connecticut had many homes and businesses razed to build an office complex.

The 5-4 ruling gave new power to local governments to build whatever they deemed a benefit to the community, including shopping malls, hotels, condos and health clubs. It was a victory for wealthy developers and a defeat for homeowners. Eight state supreme courts and 43 states have reacted to the decision by passing measures that more clearly define or restrict what is considered public use [source: Institute for Justice].

Lakewood, Ohio, residents fought back when their government attempted to take their homes in order to build expensive riverfront condominiums. The mayor of Lakewood had argued that the community couldn't survive without a strengthened tax base. The government determined that any home that didn't have three bedrooms, two baths, central air conditioning and an attached two-car garage was to be considered "blighted."

Fifty-five homes, four apartment buildings and 12 businesses were threatened with demolition. Locals were outraged. The television news show "60 Minutes" investigated and found out that even the mayor's home was considered "blighted." The town rejected the development by unanimous vote and was successful in voting the mayor out of office [source: CBS News].

A business owner in Mesa, Arizona also fought back and won his eminent domain case. The owner of a brakes and repair shop was being muscled out of the business his father started by a local politician looking to get an Ace Hardware in its place. The hardware store was only a few blocks away, but there was more land for expansion where the brakes shop operated. Instead of negotiating, the hardware store owner asked the City of Mesa to take the property and sell it to him. The brakes shop owner held his ground and the Arizona Court of Appeals ruled in his favor [source: CBS News].

One case that was not successful was in New York City, just a few blocks from Times Square. A corner building was taken under eminent domain for the purpose of erecting a new headquarters for The New York Times. The state of New York declared the block "blighted" and ruled in favor of the newspaper giant. The owner was forced to give up the building his family had owned for more than 100 years [source: CBS News].

If a government official comes to your door talking eminent domain, it's important that you know your rights as a homeowner. Groups like the Castle Coalition help educate homeowners about eminent domain abuse.