Browse the article How the Civilian Conservation Corps Worked 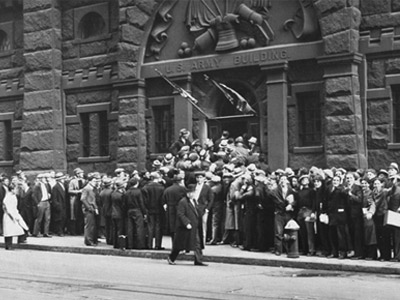 Young men showed up in droves to sign up for the CCC. Here, they're seen lining up outside an Army building in New York City for a chance to join.
New York Times Co./Getty Images

Things had never looked so bleak for the American people as in the early 1930s. By 1932, unemployment had skyrocketed to more than 20 percent, and the despairing country was ready for a change in leadership. To that end, the people elected Franklin D. Roosevelt, who immediately set to work implementing programs aimed at alleviating the hurting economy. And we do mean immediately -- he called Congress into an emergency session to push through such programs during his first 100 days in office. Though not all of these initiatives worked out as well as he had hoped, one stands out as especially successful and popular: the Civilian Conservation Corps (CCC).

The CCC was a kind of pet project for FDR, who had already established his dedication to conservation projects when he was the governor of New York. As the CCC Legacy Web site explains, the program was a way of solving the problems of two "wasted resources": unemployed youths and the environment [source: CCC Legacy]. The idea was to put young men to work on special projects that pertained to land conservation.

Not only could needy families benefit from a son's steady paycheck, but the work itself could offer a facelift to communities while improving the local environment. What's more, the program was one solution to authorities' worries about the dangers of idle youths. Officials reasoned that if they kept young boys busy with work in the great outdoors, it would prevent these young men from slipping into an "underworld" life of crime [source: Barry]. It seems to have worked, as some officials credit the CCC with lowing the crime rate in communities [source: CCC Legacy].

Most consider the CCC a smashing success. In its nine years' existence, the CCC put nearly 3 million men to work. It also earned high approval ratings from the public on both sides of the political aisle. But, because such a program was unprecedented and needed to be put together so fast, it was no easy task. 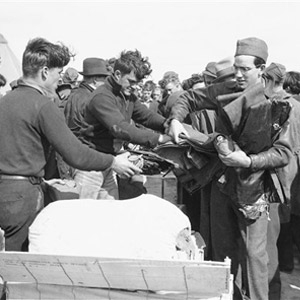 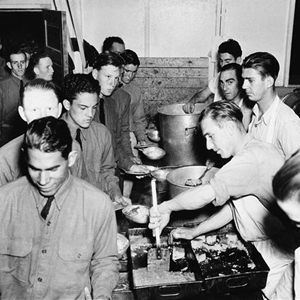 The U.S. Army was responsible for building and running the camps that housed the Civilian Conservation Corps (CCC) boys. The camps typically consisted of four barracks, each housing 40 to 50 boys [source: Jackson]. Each camp also included a mess hall, bathhouse and recreation building in addition to officers' quarters. Life in the camps was very structured. Every morning began with wake-up bugle calls, and the boys had to stand in formation and be on time for meals. They were also required to bathe, shave and keep their hair short.

By 1932, the CCC began incorporating education programs in these camps, and the Army constructed buildings for night classes. Education made the boys more employable, and the classes helped the Army structure evening time, when the young men would tend to get restless. What's more, the education programs created even more jobs in the CCC -- teachers were recruited [source: Barry]. The nature of the programs varied from camp to camp, and some were more successful than others. But by the time the CCC ended, 400,000 illiterate boys had learned to read and write [source: CCC Legacy].

Boys had the opportunity to join sports programs as well, including baseball, boxing and, in some camps, basketball. Major league baseball scouts frequented the CCC games and recruited 20 boys, one of whom was future Hall of Famer Red Schoendienst.

A quota on the CCC recruitment restricted the number of blacks who were accepted to 10 percent. Although blacks represented 10 percent of the general U.S. population at this time, the black community suffered disproportionately in the Great Depression [source: New Deal Network]. Camps were racially integrated at first, but this changed in 1935, when Southern-born director Robert Fechner witnessed "unfortunate relationships" forming in the integrated camps and was worried about the backlash from letting black workers into white towns [source: Cole]. Thus, most of the CCC's 200,000 black recruits were moved to segregated camps [source: Jackson].

The CCC also recruited a total of 80,000 Native Americans. Instead of living in the Army camps, the Native Americans lived in their own communities and worked on projects controlled by tribal leaders.

FDR made an exception to the age restrictions for CCC recruitment in May 1933 when he signed an executive order authorizing veterans to join. Approximately 250,000 veterans were allowed into the CCC. At first, these CCC members were also segregated to do work according to their age and ability in their own separate camps. 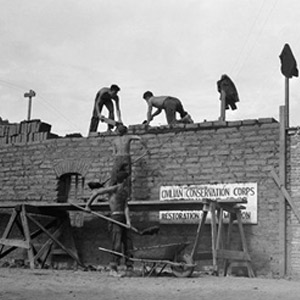