The Future of Drone Pilots 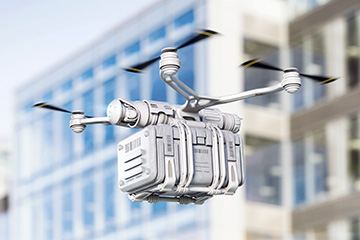 At the end of February 2015, the Federal Aviation Administration (FAA) lost a court battle that has important implications for commercial drone pilots. The judge in the case said the FAA could not yet regulate the use of drones without allowing the general public to have a comment period. This means that many of the $10,000 fines for operating without a permit have been reversed. Drone entrepreneurs can get back to business with pursuits like aerial photography for real estate companies and advertising firms [source: Kravets].

But they're still operating in a gray zone. The FAA has been working toward creating new regulations to govern drone technology, but their work isn't yet complete. On Feb. 15, 2015, the agency issued a proposal to let commercial drones under 55 pounds (25 kilograms) fly at will [source: Levin].

The proposal also dials back the anticipated requirements for drone pilots, who won't be forced to get a license. Instead, operators will have to pass a written test that demonstrates they have a basic understanding of aeronautical information, including airspace classifications, radio communication and emergency procedures [source: Fung]. But the actual regulations might not go into effect for another few years.

In the absence of official regulation, insurance companies have been drawing up their own rules to create policies that cover the proliferating use of commercial drones. Entrepreneurs who buy the insurance are operating on the time-honored assumption that you can't break rules that don't exist yet. Many are contracting themselves out for aerial photography, mapping and surveying. But people involved in drone flight anticipate a vast array of other applications from agricultural spraying to firefighting to ambulance services to parcel delivery [source: Levin].

Famously, online retail giant Amazon has already declared its intention of creating a drone delivery system that could see packages arriving on your doorstep within minutes of placing an order. Google has also jumped into the fray and is actively experimenting with a drone delivery system. The company anticipates a single pilot handling the flights of multiple drones at once. A European organization called Platform Unmanned Cargo Aircraft (PUCA) shares this vision and is working toward the deployment of large, slow-moving cargo drones that would deliver goods to isolated communities. PUCA proposes a single pilot controlling as many as 30 planes at a time [source: Madrigal].

In the meantime, a U.S. company called Skycatch, which uses drones to map sites for mining and construction companies, is building a list of pilots for its clients to hire. Called Workmode, the list already has 3,000 names on it, 1,000 of them in the U.S. Eventually, Skycatch wants to automate Workmode so it operates like an aerial version of Uber, allowing people to hire drone pilots for their various needs with their smartphones [source: Levin]. After all, it's unlikely that most people would need to actually own a personal UAV. But it seems like drones could fit quite naturally into the sharing economy.

When I was a kid I was convinced that by the time I grew up everybody would be driving hovercrafts. I never would have guessed that when we finally got around to creating working hovercrafts, drivers would be passé. As I see it, the basic problem is that we're too heavy to zip around in drones. The solution is obvious, we need to be lighter. Some futurists predict that we'll be able to download our consciousnesses into computer chips — why not just download to a drone? Maybe a transformer drone would be best — one that could reassemble itself into an ambulatory robot upon reaching its destination. Being a quadcopter could get old pretty quickly.