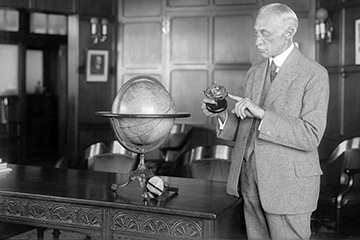 Elmer Sperry, inventor of the gyroscope, was tasked with creating an unmanned aerial vehicle that could deliver and detonate a warhead.
Bettmann/CORBIS

In 1898 the second version of Madison Square Garden was only 8 years old. There, on the shore of an indoor pond custom built for his purposes, the eccentric, brilliant inventor Nikola Tesla released a weird, metal boat and proceeded to make it zip around over the surface of the water. But how? Many of the stunned onlookers wondered if he was able to control the vehicle with his mind. In fact, Tesla was using radio waves to guide his invention, U.S. patent number 613,809 — arguably the world's first robot. Tesla's innovative use of radio waves to achieve remote control of a craft may legitimately be called the dawn of drone piloting [source: PBS].

The next step, of course, was to get that craft airborne.

The origins of drone piloting date back to the origin of airplanes themselves. The common denominator has been the military. The risks associated with surveillance, reconnaissance, bombing and fighting are so high that from the earliest days of air warfare, military strategists have been thinking of ways to get pilots out of the craft and safely on the ground.

During World War I, the inventor of the gyroscope, Elmer Ambrose Sperry, was contracted to develop a drone biplane for the Navy. Sperry and his son Lawrence assembled a team and began research and development on Long Island, New York. Their idea was to launch the unmanned aircraft with a catapult, pilot it remotely for 1,000 yards (914 meters) and then make the aircraft dive and detonate a warhead. Crash after crash followed as every attempt ended in failure. Finally, in March 1918, one of their planes flew the 1,000 yards (914 meters), dove on the selected target, recovered and landed. It was the first true drone. Or, as the experts like to say, it was the beginning of unmanned aerial systems [source: Barnhart].

The problem with early drones, like the one developed by Sperry, was that they were too unreliable for combat. While the U.S. Navy did evolve an attack drone that they deployed in the Pacific theater during World War II, most drones used by the military in the first half of the 20th century served as target practice for pilots-in-training [source: Barnhart].

During the Cold War era, more sophisticated drones began to be used for reconnaissance and surveillance. Today, more than 90 percent of extant drones are used for data gathering, whether by military, law enforcement or environmental monitoring agencies [source: Barnhart]. 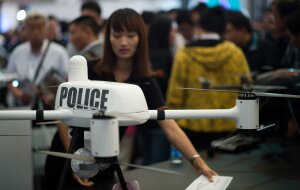 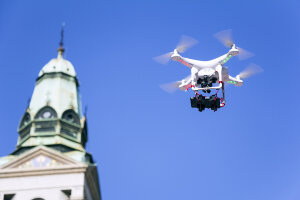 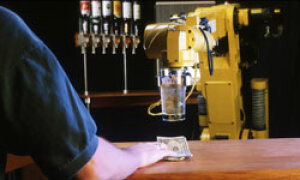