How Cooking the Books Works 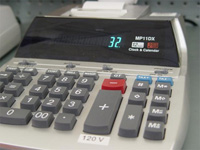 ­Accelerating a company's expenses may not seem to be the way to boost the appearance of earnings, but it depends on when those earnings need to be boosted. There are legitimate and illegitimate reasons to accelerate expenses. A legitimate example would be making equipment purchases when earnings are high rather than when they were planned.

Here's an example of a less legitimate earnings acceleration. A manager's bonus is based on his meeting a certain earnings goal. Once the target earning level has been exceeded, that manager might decide to spend money now that was budgeted to be spent in the next year because having higher earnings this year won't mean a bigger bonus for him. Spending money this year that was budgeted for next year, however, could help ensure he meets next year's level as well.

While this may seem like the same thing as making purchases when earnings are high, it depends on the circumstances. If making those purchases earlier than planned has no adverse affect on the business, then perhaps there is no problem. In many instances there is an adverse affect, however. For instance, buying computer equipment six months earlier than expected can mean a big difference in the actual equipment purchased -- power, features, and price can all change dramatically.

Companies that are cooking the books have been known to capitalize expenses that are really everyday expenses. AOL was charged with engaging in various acts of securities fraud -- among other things -- between 1992 and 1996. In one part of a larger case, AOL was accused of listing advertising expenses (the cost of creating those CDs and diskettes they send out) as capital expenses rather than regular expenses. This presented a false picture of the company's profitability and boosted the stock price. The disks should have been expensed as they were mailed.

In an upcoming case study, you'll see that WorldCom capitalized expenses that should have been operating expenses to the tune of billions of dollars.

When companies land a big contract to provide a product or service over a long period of time, they're supposed to spread the revenue over the cost of the service contract. Some companies have been known to show the sale and revenue in the quarter in which the contract was signed.

Here are some other examples of premature revenue booking:

Trying to improve future earnings by "front loading" future expenses and booking them in the current quarter is another example. This has been done during the acquisition of a company. The company will pay off (or even pre-pay) expenses in order to increase the earnings per share (EPS) over that of previous quarters for the combined company.