10 Things to Leave Off Your Résumé

by Ed Grabianowski
Prev NEXT
1 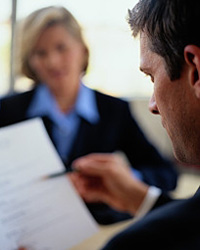 The traditional list of references is another casualty of changing résumé standards. You certainly need a list of references – keep them as up-to-date as the rest of your résumé. Just keep them on a separate sheet. When a prospective employer is looking at your résumé, they're several steps away from the point where they care about references. It's a waste of space. When they want to check your references, they'll let you know.

Author's Note: 10 Things to Leave Off Your Résumé

Heading into the research for this article, I had a pretty good idea of the basic "don'ts" of résumé writing. I've certainly written plenty of them (freelance writers send out a lot of résumés, and friends and family often come to the one writer they know for help with their résumés). I knew a photograph was a bad idea, and that age, religious affiliation and marital status were all things an employer wouldn't want to see for fear of violating civil rights laws. I was surprised, though, that résumé design had shifted so much in the last 10 years or so – my own résumé still had references, and while I'd ditched the objective years ago because I felt it was poor design, I didn't realize that it had become so verboten.

You're a human. You need a house. Should you buy one or rent one?