by Jane McGrath
Prev NEXT
6 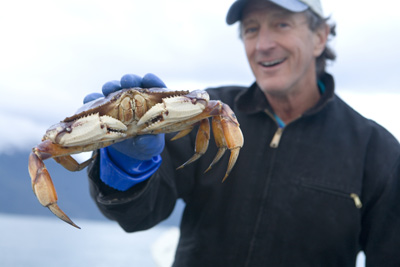 Fishers risk working the most dangerous job in America to get us delicious Alaskan crab.
Brian Stevenson/Aurora/Getty Images

When most people think of fishing, they usually think of lazy afternoons on the lake and father-son bonding. It may come as a surprise, but fishing persistently ranks as the most deadly occupation in the U.S. [source: Christie].

If you've ever seen an episode of "Deadliest Catch," you probably have an idea of why that's true. Off the Alaskan shore, crab fisherman face freezing waters and storms that give way to gargantuan ocean waves. If the fishermen can protect themselves from being swept overboard in a storm, they'll still have to worry about the dangers of fishing machinery and coils on crab boats, which can also fling them overboard. And even if they avoid drowning, cold temperatures can give way to fatal hypothermia. These workers brave harsh conditions in shifts that can last as long as 21 hours to haul hefty catches [source: Miller].

But, as you might expect, the crab fishing industry is as lucrative as it is dangerous. For a few months of work out of the year, experienced workers can rake in about $60,000 [source: Miller]. It all depends on how successful the yield is for a particular boat.