by Melanie Radzicki McManus Dec 12, 2016
What do companies really do with the information on employee engagement surveys? aldomurillo/Getty Images

Answer this: Money or recognition, which do you prefer? Check the box that applies. Employees around the nation are regularly asked questions like this in an effort to ensure they're happy and productive, not disgruntled and ready to quit. But do these surveys work?

Not according to some experts. Many employees don't bother to take them, for one thing. The industry standard response rate for web-based employee surveys is just 50 to 60 percent. Employees may decline to participate because they feel the surveys are useless — that nothing will change no matter what the results show. Or they may fear retaliation if the boss sees their responses.

One study showed that 48 percent of people in the senior management group found employee engagement surveys very valuable while only 19 percent of other respondents felt the same.

Worse, most managers didn't know how to use the data to improve performance.

A lot of that has to so with design. One common question on engagement surveys is, "Would you recommend this organization to friends and family members as a good place to work?" Whether someone answers "yes" or "no" doesn't really matter, since neither answer reveals why the person answered the way he did. Thus the manager has no idea what to continue doing or to fix.

A better question is a statement like the following, which an employee ranks on a scale of 1 to 10: "My manager takes timely corrective action with employees who are not performing well." This type of question is more specific. And if an employee can give a high score on something like this, he will likely be inclined to tell others his firm is a good place to work.

Companies have been measuring employee engagement since 1990, when Boston University professor William Kahn first coined the term. Engaged employees are motivated, involved and productive, plusses for both employees and business owners. But when they become disengaged — which multiple surveys show is generally due to poor management — they often mentally check out or quit, something companies want to prevent. Hence the surveys.

Dr. Tomas Chamorro-Premuzic, a business psychology professor at University College London and CEO of Hogan Assessment Systems, a personality assessment firm, argues that while no method is perfect, engagement surveys shouldn't be scrapped. "The data are quite clear that engagement scores predict future job performance at the individual, team and organizational level," he says, via email. But, "It's not enough asking people once a year how they feel, and then not acting on it."

Alternatives to the Yearly Survey

Some companies eschew annual employee engagement surveys in lieu of the newer "pulse surveys". These are short, frequent online quizzes that can give managers a heads-up that something is amiss before a minor issue morphs into a major one.

Pulse surveys can contain targeted work questions; e.g., "The last time you accomplished a large project, did you receive any recognition?" But they can also be lighthearted: "Did you ever have a bad haircut as a kid?"

Google relies on people analytics to assess its employees. In 2008, the company hired statisticians to comb through data from performance appraisals and past employee surveys (and to conduct interviews with highly rated and low-rated supervisors) in an effort to see whether a management level is necessary for good employee performance.

The resulting analytics ended up proving that well-ranked managers were essential for highly productive teams. The insight was not to get rid of supervisors and managers but for them to stay away from tactics (like micromanaging) that turned employees off. Google uses this information for training new managers.

Another strategy might be "engagement conversations." These are (usually) weekly chats where the manager individually checks in with each employee for about five minutes. "These conversations allow managers to receive feedback directly and in a more timely and relevant way," emails Rick Gibbs, a performance specialist and human resources expert with Houston-based Insperity, a human resources outsourcing firm. "Also, providing and discussing business goals with employees is extremely important because people who are engaged feel their efforts are tied to the company's overall performance."

If your company is one that conducts surveys yet never changes anything, that doesn't mean you're helpless. "Volunteer for tasks that are interesting, stop working with toxic colleagues, seek feedback and training, be a constant learner [and] find a mentor," says Chamorro-Premuzic. "Although managers are largely to blame for their employees' disengagement, we cannot make them fully responsible."

NOW THAT'S INTERESTING
A January 2016 poll by Gallup showed only 32 percent of American employees were engaged at work (meaning they were happy and committed to their jobs). That might seem low, but in other countries, only 13 percent of workers were engaged.

Bodybuilders Injecting Themselves With Cooking Oils Now Apparently a Thing

World's First AI-generated Christmas Song Is the Stuff of Nightmares 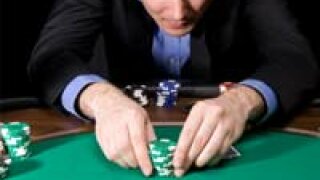 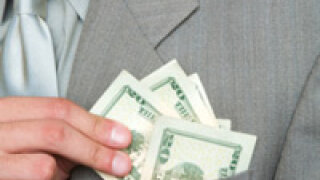 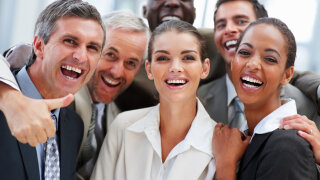