by Dave Roos Dec 4, 2015
Mark Zuckerberg, and his wife, Priscilla Chan, arrive for a state dinner hosted by President Barack Obama for Chinese President Xi Jinping at the White House, just a few months before the birth of their baby Max. Molly Riley/AFP/Getty

Zuckerberg's decision to take "time off" is remarkable for three reasons: First, the 31-year-old billionaire is easily the most famous and influential exec to ever take such a break. Second, it's rare for American men to take more than a week or two of parental leave, and just about unheard of for CEOs (see Yahoo's Marissa Mayer). And third, Zuckerberg is Facebook. How will the social network survive without its lead geek?

Which prompts the question: What does it really mean when an executive is "off" on leave? Do we honestly expect Zuckerberg to fully abstain from sending occasional work emails or to stop shopping around for another multi-billion-dollar acquisition?

Surveys show that the average American CEO works 58.15 hours a week, roughly 10 to 11 hours per weekday, plus six extra hours over the weekend. While Zuckerberg claimed to spend "no more than 50-60 hours a week" in Facebook's Menlo Park office, he added an important caveat: "But if you count all the time I'm focused on our mission, that's basically my whole life."

Can Zuckerberg and other highly driven executives completely cut the work-life cord during leave, or will they always keep one foot in the office?

Odds don't seem good. A survey by the Boston College Center for Work & Family showed that only 18 percent of men said they did no office work while out on paternity leave. And 54 percent of men and 37 percent of women admitted to doing at least some work on their vacations, according to an  Adweek/Harris Poll. Another poll from OfficeTeam broke out the numbers for both executives and regular employees. It found that 76 percent of executives did work at least once a week while on vacation and 33 percent worked every single day. Only 26 percent of regular working stiffs similarly spoiled their vacations.

So why do so many people keep working while on they're supposed to be taking a break? "For some professionals, even the thought of being out of the office can cause concern," says Diane Domeyer, executive director of the staffing agency The Creative Group, via email. "In fact, one-third of executives surveyed by The Creative Group said they enjoy taking vacations but dread the work awaiting their return. Another 10 percent said they rarely take time off as it will cause more stress than satisfaction."

With those thoughts in mind, it's perhaps unsurprising that people, particularly executives, would spend at least some of their leave checking in. Smartphones and laptops definitely make that easier to do. "Those who have taken on greater responsibilities may also feel added pressure to touch base with colleagues to ensure projects are running smoothly while they're away," adds Domeyer. Not to mention there are some folks who really enjoy their work and don't want to disconnect completely.

On the flip side, the Wall Street Journal reported in June on the concept of the "workcation," where people traveled to another location but kept on working a full day. They saw it as a way to get a change of scenery (and a little fun) without dipping into their vacation time. This could also come in handy if someone were required to, for instance, go to their parents' home for a week to tend to family matters, but didn't want to use precious vacation days. But since studies show Americans only take about 51 percent of the leave they've earned, you'd think there'd be no need for a workcation.

So while Zuckerberg will likely check his work email and Facebook during his time off, let's hope it's not too often, and that he really spends time with his new daughter. Sixty-seven percent of 2013 survey respondents said that their families get mad when they check email on vacation. "While periodic updates can provide peace of mind, being overly connected can spoil the benefits of a break," says Domeyer.

Now That's Interesting
Zuckerberg, whose wife Priscilla Chan is Chinese-American, asked China's President Xi Jinping to give his baby daughter an honorary Chinese name. Xi declined, even though Zuckerberg asked in Mandarin, a language he's learning in his "free" time.

This New Development Could Finally Be the Key to Space Elevators

When You Eat May Matter More Than You Think 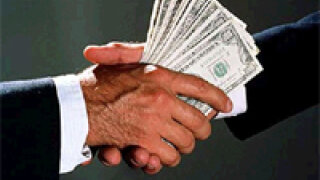 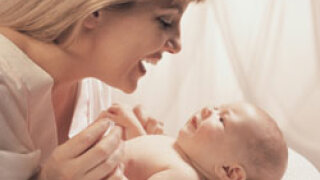 10 Questions You Should Ask Your Employer About Maternity Leave 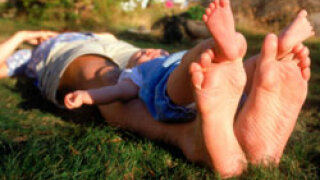 5 Things a Travel Adviser Does That You Totally Can't
February 28, 2020

When Does an Epidemic Become a Pandemic?
February 27, 2020