What is the viral expansion loop? 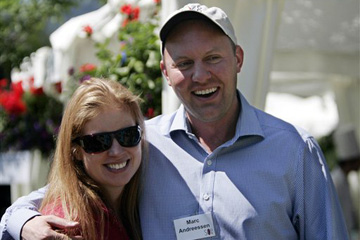 Have you ever seen the old Fabergé shampoo commercials? The commercials featured an actress talking about how she used the shampoo and then told two friends. Those two friends "told two other friends and so on and so on." The idea here is that the love for a product can spread by word of mouth at an exponential rate.

That's pretty much the idea behind the viral expansion loop. It's a marketing term that's been around for a few years. It describes the phenomenon of how a product or service can experience exponential popularity over a short amount of time. While any product, service or even idea can experience this kind of growth, these days you'll see the term used in reference to Web sites and services.

Adam Penenberg, a writer for the magazine Fast Company, reported the use of the phrase in 2008 in a story on a social networking service called Ning. Ning lets you join and create networks around topics, activities and interests. It's the brainchild of Marc Andreessen, one of the creators of the Web browser Mozilla, and Gina Binachini, former president of Harmonic Communications. Penenberg interviewed the co-founders and introduced the phrase to the world at large. The term itself had been around for a few years -- the story in Fast Company simply gave it a wider audience.

Not everyone cares for the term. Rafat Ali of paidContent.org goes so far as to call viral expansion loop a case of "magically minted words." Ali says that the phrase was invented as part of an effort to boost visibility of Ning. Ali's point is that the concept of the viral expansion loop has been around for years and is better known as a combination of the network effect and viral marketing. In other words, the term doesn't add anything to the conversation about how to market a site -- it's just a series of buzzwords meant to inspire venture capitalists to hand over some cash.

Is that a fair assessment? Could it be that the phrase has more substance to it than as a clever marketing pitch? Or does Ali have a point?

The Meaning of Viral Expansion Loops

To achieve a viral expansion loop, a site would first need to attract an initial group of users. The site would need to offer a compelling experience -- one so interesting that the users feel the need to convince others to join. As the new group of users join, they, too, find the experience compelling and will tell more friends. Each incoming group of people is larger than the one before, and the site experiences an explosion of growth.

In this world, the site's administrators would have two things to worry about: keeping the site compelling and making sure they have the capacity to handle the growing demand from the users. It's a tantalizing vision -- when faced with an investment opportunity, you might find it tempting if the pitchman says your biggest worry is how to deal with becoming incredibly popular.

But is it possible to engineer such growth? Can a site mechanically create an experience that is guaranteed to attract users? And if so, how long can such a growth trend sustain itself before it reaches a breaking point? Eventually growth will have to slow down as the potential user base decreases over time.

While a Web site or service may be useful, intuitive and fun, that's no guarantee that it will be successful. Take a look at any successful service on the Web and you'll find a dozen other products that are similar -- and sometimes superior -- that failed. And becoming huge doesn't necessarily lead to enormous profits. Services like Twitter became popular very quickly and yet continue to operate without a clear business plan. Public opinion isn't entirely predictable -- if it were, there would be many more millionaires than there are now.

Learn more about social networking from the links on the next page.

How does your business structure affect your business taxes?
Can you get grants for your small business's website?
How Wal-Mart Works