What is travel writing? 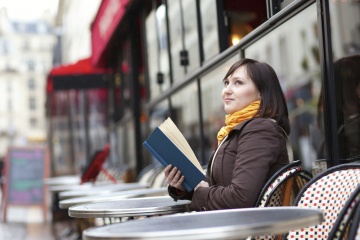 Travel writers must get to know their environment in order to provide the best details, stories and tips for readers.
Encrier/iStock/Thinkstock

When we think of travel writing, many of us mentally leaf through a narrative account of a trip. Classics like Patrick Leigh Fermor's "A Time of Gifts," Dervla Murphy's "Full Tilt"or Paul Theroux's "The Great Railway Bazaar" belong in this category. Hailed as a masterpiece by some, Fermor's work is the record of a walking trip he took from Holland to what was then Constantinople in 1933 when he was just 18. In 1963, Dervla Murphy climbed onto her bicycle and pedalled alone from her native Ireland all the way to India. The journal she kept became the legendary "Full Tilt: Ireland to India with a Bicycle." Published in 1975, Paul Theroux's "The Great Railway Bazaar"epitomizes the genre, serving as an account of his train trip from London to Southeast Asia and back via Europe, the Middle East, India and Siberia.

These are all stories of narrators in movement. But what of people who write about travelling somewhere and staying put for a while? Think, for instance, of George Orwell's non-fiction works, from "Down and Out in Paris and London"to "The Road to Wigan Pier"to "Homage to Catalonia." Or the modern-day equivalent, Katherine Boo's "Behind the Beautiful Forevers" about life in a Mumbai "undercity."

Interestingly, when writers stick to one place, they tend to dig deeper, coming up with more than a record of exotic locales and often providing penetrating analysis of the politics and culture of their new surroundings. In the case of both Orwell and Boo, the writers don't just observe, they immerse themselves in the impoverished communities they visit, participating in the day-to-day life they discover there [source: Jack].

At the other end of the spectrum is the guidebook. From the ubiquitous "Fodor's" to the hipper "Lonely Planet"and "Rough Guide"series, these non-narrative guides can be useful travel companions that offer important details needed to tour a city or region. And, although they don't include the personal accounts we associate with the classic travel books, somebody did write those guidebooks. And it took a lot of work, too. We'll see just how well guidebook writers are compensated for their sweat a little later on.

Somewhere between long-narrative accounts and guidebooks are newspaper travel sections and travel magazines. These short-form pieces often include the story of a trip taken and some practical info about places to stay, what to see and where to eat.

All of the sub-genres listed above consist of non-fiction writing. And typically that's how travel writing is categorized. But how reliable is this categorization? Is "On the Road"a novel or a travelogue? Marco Polo's work might not hold water as non-fiction according to many scholars, but it makes for good fiction. And what about the gonzo journalism of Hunter S. Thompson? In many ways, "Fear and Loathing in Las Vegas" fits neatly into the travel literature category. In most ways, of course, it does not.

To get a better sense of what constitutes travel writing, let's go back to the beginning.