In Need of New Hardware 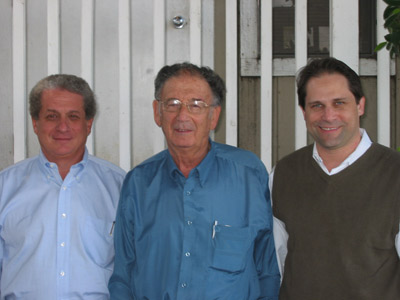 While the software behind the digital video library is up-to-date, its hardware isn't quite as cutting-edge. At present, the 52,000 testimonies are held on a series of digital tapes with an overall 400-terabyte storage capacity. The setup is more than eight years old and works a lot like a large juke box. There's a giant robotic arm that finds and retrieves a specific tape from the revolving bank of tapes. Once the robotic arm has retrieved the tape, it loads the selection into a machine that locates the specific segment of testimony the researcher is looking for. This process takes something like 10 to 15 minutes -- a time Shoah Foundation CEO Doug Greenberg would like to decrease:

People have become so accustomed to computer searching. I sit down at my computer and type in HowStuffWorks in Google and I get a response instantaneously. And that's what people's expectations are. We won't ever be able to do it instantaneously, because these are big and complex pieces of data, but we need to be able to produce things faster -- that's what we're aiming at.

With the proper funding (click here to see how to make donations to the Shoah Foundation), the Shoah Foundation could integrate new hardware that would provide much faster access to the archive. The new hardware would comfortably store all the video data (about 200 terabytes worth) along with all the metadata, cataloguing and indexing information, on one gigantic hard drive.

Something somewhat similar to this process is already being done on a smaller scale: Specific programs have been developed that support a Web-based interface available through Internet2. At this time, students, faculty and researchers at the University of Southern California, Rice University and Yale University campuses can utilize a Web-based Visual History Archive. Video is copied from the Shoah Foundation's tape archive to local servers at the participating universities. Using a searchable interface, researchers can almost instantly go right to the desired segment within a testimony and watch it either on their Web browser or in full-screen format.

Providing access to the Visual History Archive at universities is only one example of the Shoah Foundation's commitment to the educational use of its materials. Let's take a look at some other examples.