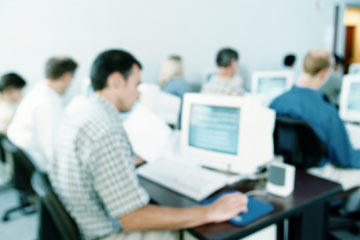 Job retraining programs are designed to give workers the skills they need to become more competitive in the job market.
The Image Bank/Getty Images

In 2008, Laura Peters lost her job as a paralegal. With money tight and bills stacking up, the Santa Monica, Calif., resident decided to change careers and seek work in a more stable industry where layoffs were few and paychecks constant. Peters set her sights on health care, but needed to learn new skills [source: Semuels].

As a result, Peters shuffled off to UCLA hoping to enroll in the university's worker retraining program. Unfortunately, Peters couldn't afford the $5,000 in fees and she put her new career on hold. Then early in 2009, Peters and other unemployed Californians got some good news. They could apply for job-retraining grants to pay for certificate programs in high-skill industries, including health care [source: Semuels].

The money came from $415 million in federal stimulus funds awarded to the state to help displaced workers. In California, the money was nearly double the amount coming from Washington through the Workforce Investment Act, a 1998 law written to put the unemployed back to work. Peters took advantage of the new program [source: Semuels].

Job training programs have become important in today's shaky economy. The programs are designed to give workers the skills they need to become more competitive in the job market. Some programs are rather generic, providing workers with new computer or interviewing skills, while other programs are more intensive, teaching workers skills for jobs. Either way, training for a career is not only nerve-wracking, but also expensive. An associate's degree at a community college can cost between $6,000 and $7,000, while an advanced degree can cost much more, as much as six to seven times more [source: PBS].

Luckily, there are many financial aid programs that can help the unemployed pay for retraining. Some of those programs provide workers with grants that individuals don't have to pay back. On the next page, we'll look at what types of job retraining grants are available. 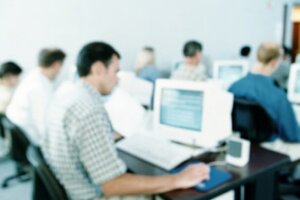