Is a 401(k) really the right way to save for retirement? 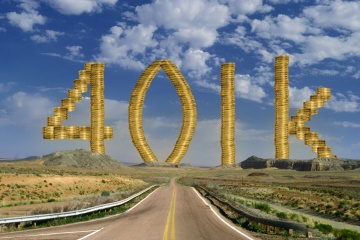 Does a 401(k) represent the road to a happy and financially stable retirement?
Dennis Novak/Photographer's Choice/Getty Images

Maybe you've heard, but we're all supposed to be saving for retirement. According to magazine ads and commercials during football games, you've also probably heard that we're all doing a crummy job of it. We haven't started yet, we haven't saved enough, we've chosen the wrong plan -- it seems like retirement savings is something nobody has gotten right.

We're here to reassure you. If you're fretting that your 401(k) -- or your traditional IRA or your Roth IRA or any other retirement plan you might have -- isn't "right," you're probably going to be OK in your twilight years. Just having a plan is a terrific first step. There are all sorts of ways to save for retirement, and no way is inherently better than others. It really just depends on what types of benefits you're looking for, what your workplace might offer to you and what tax consequences you want to deal with -- either now or in the future.

So let's start by talking about what a 401(k) is -- and to do that, let's talk about something completely different: pensions. Pensions used to be offered by companies to employees after they retired, and the structure was pretty simple. The pension would pay a steady income throughout a former employee's retirement. The employer controlled them completely. In the 1980s, employers started phasing out pensions for less expensive 401(k) plans [source: WSJ]. While most employers still contribute to 401(k) plans, employees actually have money taken out of their paycheck to contribute to the 401(k) as well. Most plans are based on the stock market: They contain stocks, bonds and money market investments, and employees select the best mix for them. In other words, you can take more or less risk with the funds you invest in a 401(k) -- but you're also at the mercy of the stock market, in general.

The advantage of a 401(k) is that many employers match your contributions -- up to a certain limit, that is. So if your employer matches up to 3 percent of your $100,000 salary, you can put in $3,000 and your employer will contribute $3,000 as well. You can contribute more, but your employer just won't meet it [source: WSJ]. Also, your money is being automatically withheld, so it's not taxed as income on your tax return. Sweet, right?

Well, not so fast. Because when you do take that money out of your 401(k) at retirement, you will have to pay taxes on it. Essentially, any distributions from your 401(k) are treated like income. And your income will be taxed at whatever rate you are when you're taking it out; you might be in a higher tax bracket in the future [source: Fidelity]. So while a 401(k) certainly is a terrific retirement plan that can save you tax liability when you contribute, if you want a tax-free income during retirement, you should consider a Roth IRA. While you're taxed on the money you contribute upfront, you don't have to pay taxes on distributions [source: Fidelity].